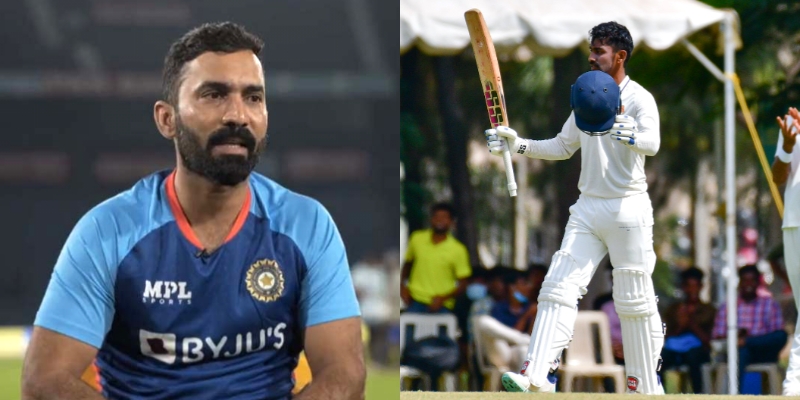 The final match of the Duleep Trophy 2022 is being played between West Zone and South Zone in Coimbatore. In the five-day match, West Zone captain Ajinkya Rahane won the toss and elected to bat first.

West Zone’s first innings was all out for 270 in 96.3 overs. In reply, South Zone scored 318 runs for the loss of seven wickets in the over till the end of the day’s play. With that, South Zone has taken a lead of 48 runs on the basis of first innings at the end of Day 2’s play.

The hero of the first innings for South Zone was Baba Indrajith, who scored 118 runs in 125 balls with the help of 14 fours. Baba Indrajith is the only batsman to score a century in two days of play in the match so far. Earlier, West Zone wicket-keeper batsman Het Patel missed out on a century when he was dismissed for 98 runs.

Meanwhile, Indian team’s wicketkeeper batsman Dinesh Karthik has praised Baba Indrajit fiercely and has predicted that he may get a call-up to the Indian team very soon. Must also note that Dinesh Karthik and Baba Indrajith both plays for Tamil Nadu in domestic cricket and Karthik is well aware of the right-hand batsman’s talent.

“Yet another High quality 100 from a terrific player in a highly intense Duleep trophy final. What a terrific first class record so far. India call round the corner. Well played indutta,” Karthik tweeted.

Yet another High quality 100 from a terrific player in a highly intense Duleep trophy final.
What a terrific first class record so far.

India call round the corner ❤️

Let us tell you that the conditions are not easy for the batsmen on the pitch on which the match is being played in Coimbatore. The spinners are dominating the game here. In such testing conditions, 28-year-old Baba Indrajit scored a century while performing brilliantly.

It must be noted that Baba Indrajith is playing his 58th match in his first class career. He has so far scored 3983 runs with the help of 13 centuries and 20 half-centuries. During this, his average is more than fifty. Apart from this, Baba has scored 1154 runs in 41 List A matches with the help of a century and 8 half-centuries. He has scored 340 runs in 23 T20 matches.