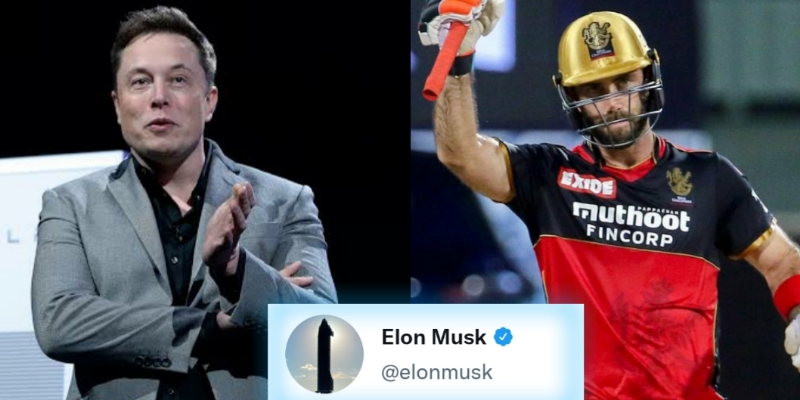 Elon Musk is one of the most popular men on earth. According to investopedia.com, Elon Musk is the co-founder and CEO of electric car maker Tesla and rocket manufacturer SpaceX. He does not have any connection with cricket, but yesterday, one of his tweets went viral during the Indian Premier League match between the Royal Challengers Bangalore and the Rajasthan Royals.

The Royal Challengers Bangalore locked horns with the Rajasthan Royals in the 43rd match of the 2021 edition of the Indian Premier League at the Dubai International Cricket Stadium yesterday. The RCB captain Virat Kohli called the coin toss right and invited the Rajasthan Royals team to have a bat first. The Royals started well and scored 100 runs for the loss of one wicket in 11 overs.

However, they suffered a collapse then and could only score 149 runs in their 20 overs. Shahbaz Ahmed took two wickets, and even Yuzvendra Chahal scalped a couple of wickets for the team. Harshal Patel, popularly known as Purple Patel now, further strengthened his number one position on the IPL 2021 Purple Cap leaderboard by taking a three-wicket haul against the Rajasthan Royals.

While Glenn Maxwell destroyed the RR bowlers in Dubai, Elon Musk made a tweet about James Maxwell and wrote: “Maxwell was incredible.” It went viral as many fans saw the similarity in Maxwell surname.