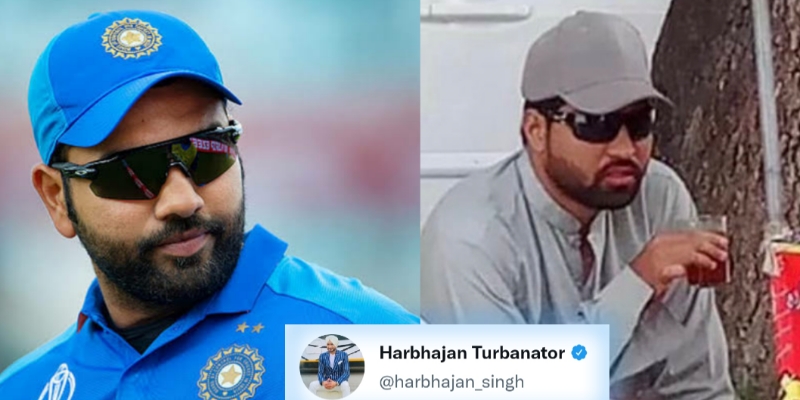 The picture of a man from Pakistan having a cup of tea is going viral on social media. The reason for this is because he resembles Mumbai Indians captain Rohit Sharma. Hence, even Harbhajan Singh took a chance to have a go at his former IPL teammate by using the picture. Bhajji tagged Rohit and said, “Kabhi chai pe hame bi bulao shaana”.

Incidentally, a few days ago, too, a lookalike of Rohit Sharma had emerged in the Rajasthan Royals camp. On the official page of the franchise, too, there was a reference to it. Usually a jovial person, even Bhajji used the latest moment to bring a few smiles.

The duo is participating in IPL 2021

Both Harbhajan Singh and Rohit Sharma are currently part of the playoff race in IPL 2021. While Bhajji represents KKR, Rohit captains Mumbai. Although Harbhajan played a few games in the first phase of IPL 2021, he has not got an opportunity so far in the UAE leg. This is mainly because of the good form of Sunil Narine and Varun CV. It is unlikely that he would get another game this season. Rohit’s Mumbai Indians have struggled this season but they won the last game against Punjab Kings. Hence, they have momentum on their side and if a few big players put their hands up, Mumbai can qualify for the playoffs.