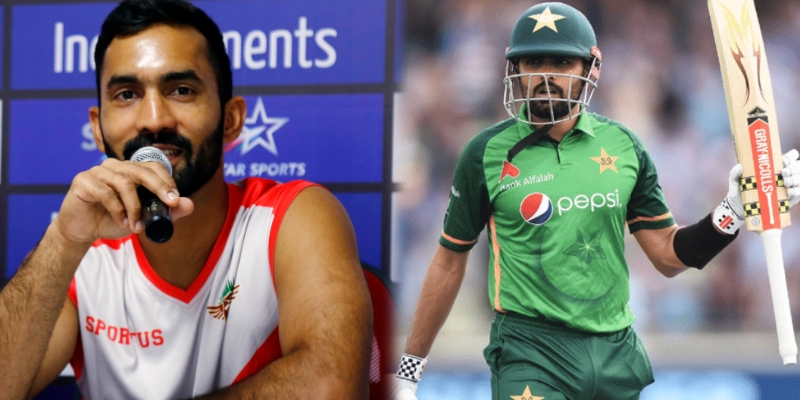 India cricket team’s star wicketkeeper batsman Dinesh Karthik has stated that Pakistan cricket team captain Babar Azam will soon become the first player to be ranked number 1 in all formats of the game.

Babar Azam is considered very close to be a part of the Fab Four group (some even already consider him a member of the Fab Four). Azam is currently ranked one of the best player in the white-ball cricket. He holds the number 1 Ranking in the ODI and T20I format.

While he is not number 1 ranked in Test cricket, but he is very close to it, sitting 5th behind some of the top Test cricketers in the world of cricket currently.

However, the current Indian cricket team’s wicketkeeper batsman Dinesh Karthik thinks that Babar Azam will soon become the first player to hold the number 1 Ranking in the all formats of the game.

While talking to Sanjana Ganesan on the ICC Review show, Dinesh Karthik stated that he is 100 percent sure that Babar Azam will be number 1 ranked in formats of the game soon, “One-hundred per cent (he is capable of achieving that),” said Karthik.