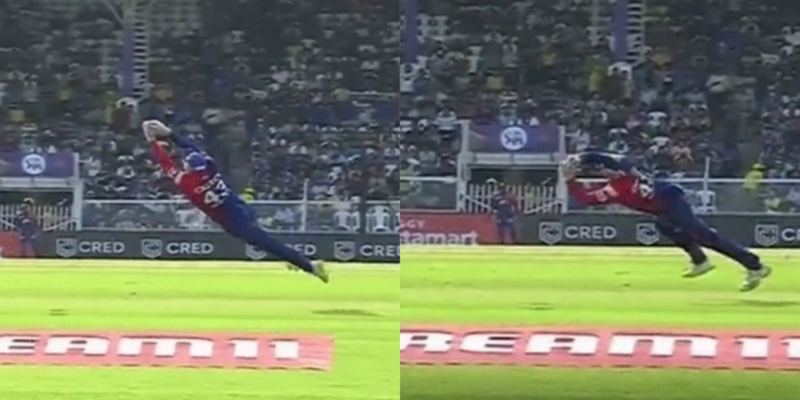 The five-time champions Mumbai Indians took on the Delhi Capitals in the second match of the Indian Premier League on Sunday. The match was played at Brabourne Stadium. It was a high-scoring thriller, and in the end, it was the Delhi Capitals that held their nerve and won the match by 4 wickets. Rishabh Pant won the toss and chose to bowl first. But Mumbai had a great start to their innings. They added 67 runs for the first wicket.

However, they lost the momentum in the middle and kept 3–4 wickets. At one stage, they were reduced to 122/5 at 15.5 overs, and it looked like they would finish around 160. But the special effort from Ishan Kishan helped them get to a competitive target of 177/5. The wicket-keeper batsman scored his half-century and added a quick 81 runs in 48 balls. DC’s bowlers bowled a tight line, and their fielders were also good. In particular, the flying catch by Tim Seifert to dismiss Kieron Pollard.

It was the fifth ball of the 16th over of the first inning. Kuldeep Yadav bowled a short delivery to Pollard. The all-rounder tried to pull the ball for a big shot, but the ball hit the inner part of the bat. Tim Seifert, who was fielding in the circle at the leg side, jumped in the air to catch the ball. And eventually, he plucked a flying catch out of nowhere.

Well, it was not an easy chase for the Capitals. They lost their half of the innings at 72 within just 10 overs. But the lower order showed great character to win the game. Especially the all-rounders who kept the rate down by hitting boundaries every now and then. And DC wins the match with 10 balls to spare. Axar Patel (38*) and Lalit Yadav (48*) added 75 runs for the seventh wicket to win the match.