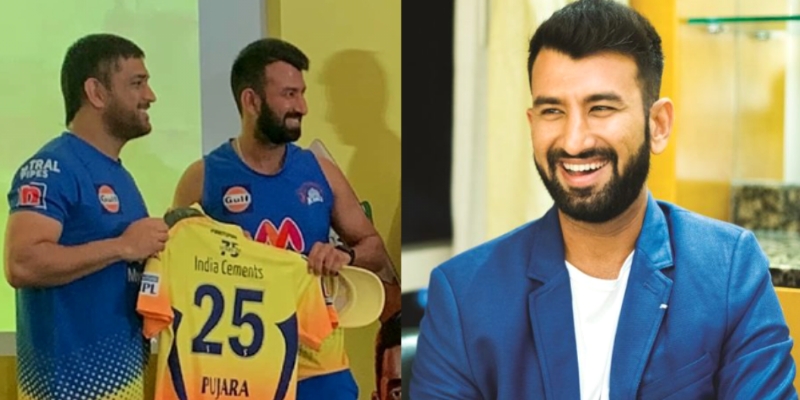 Indian team’s experienced batsman Cheteshwar Pujara performed well for Sussex in the Royal London One Day Cup 2022. He scored 624 runs in 9 matches at an average of around 90 and strike rate of 112. Not only this, he also scored 3 centuries and 2 half-centuries in the tournament. He played aggressive innings of 107, 174, 49 unbeaten, 66 and 132 runs in the tournament.

Cheteshwar Pujara has played number of Test matches for the Indian team in which he has performed brilliantly. Although he has had a very disappointing performance in this format for some time now, but many people are hopeful that he will return to his best form soon. Pujara has played only five ODIs for India in which he has scored 51 runs at an average of 10.2. He played his last ODI match in the year 2014.

Many people are hopeful that seeing the manner in which Pujara performed in the Royal London One Day Cup, he may return to the ODI team. Talking about IPL, he has so far scored 390 runs in 30 matches at an average of 20.53.

The Indian batsman played his last IPL match in 2014 against Mumbai Indians (MI). In 2021, he was included by the Chennai Super Kings (CSK) but he did not get a chance to play a single match. And now after his performance, Cheteshwar Pujara has spoken on not being played by CSK in the IPL.

Cheteshwar Pujara in ‘The Cricket Podcast’ said that it was a different side of his game. He added that the pitch was very good, a bit flat but even on that pitch one need to score runs at maximum strike rate.

“Last year I was in the team of Chennai Super Kings but I didn’t get to play a single match. I saw all the players preparing there and I told myself that no matter what happens, I have to play the shortest format. I have always understood the importance of my wicket and have also recognized that it is necessary to play shots consistently in the shorter format,” Pujara said during the podcast.

He further said that he had already done a lot of work on his batting before the Royal London One Day Cup. With the IPL 2023 Auction getting nearer, and number of teams having watched Pujara’s performance in England, we might see again teams taking a risk on Pujara.