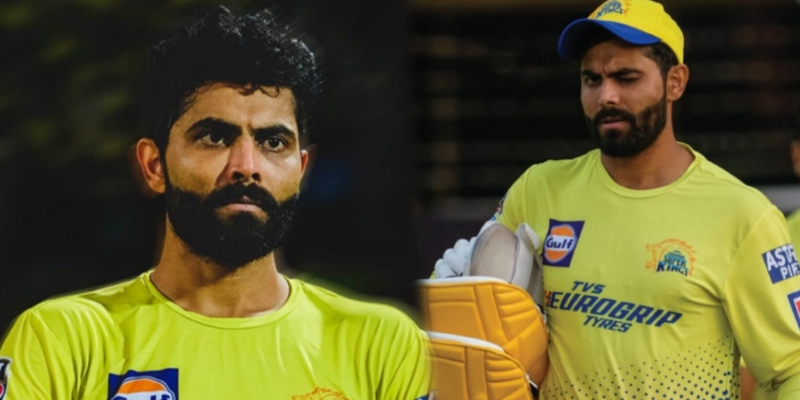 The Indian Premier League (IPL) 2022 season has been nothing special for defending champions Chennai Super Kings so far. In which all-rounder Ravindra Jadeja, who was made the captain, but after a string of losses in the initial matches meant that MS Dhoni retake all the duties. And to further add to that, Ravindra Jadeja has now been ruled out of all the remaining matches of the IPL 2022 season due to injury.

Jadeja injured himself while trying to take a catch while fielding in the match against Royal Challengers Bangalore at the MCA ground in Pune. Due to which he had to sit out against Delhi Capitals in the last match. And now it has been confirmed that, given his injury condition, Jadeja will not be able to be fully fit before the rest of the matches.

According to the news published in ESPNcricinfo, Ravindra Jadeja will no longer participate in the remaining matches of the IPL 2022 season. Even before this, some important players of Chennai Super Kings have suffered injury in the middle of the season.

For the last few days, the Chennai Super Kings team’s camp was keeping its eyes on Ravindra Jadeja’s injury, but they did not noticed any improvement in it.

Let us tell you that IPL 2022 was also not very special for Ravindra Jadeja with both bat and ball in which he could score only 116 runs in 10 matches and managed to get 5 wickets.

If we talk about Ravindra Jadeja’s record in IPL, after playing 210 matches, the 33-year-old has scored a total of 2502 runs at an average of 26.62, in which only 2 half-centuries are included. Apart from this, Jadeja has so far taken a total of 132 wickets with the ball, in which his economy rate is 7.61.

It must be noted that Chennai Super Kings has to play its next match of the season against Mumbai Indians on May 12 at the Wankhede Stadium. After which the team has to play against Gujarat Titans and then Rajasthan Royals in its last league match in this season.

Also should be noted that, even after winning all three matches, CSK will have to depend on the results of the other teams to have any chance of making it to the Top-4.