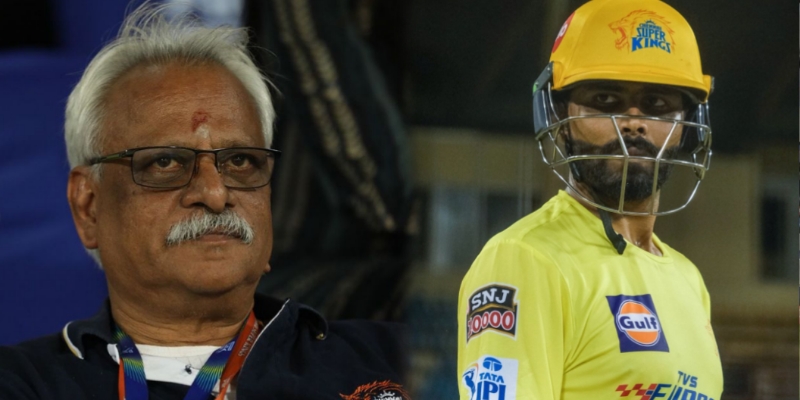 Indian Premier League (IPL) franchise Chennai Super Kings’ CEO Kasi Viswanathan has opened up on the rumours of rift between Ravindra Jadeja and the team management.

Chennai Super Kings (CSK) all-rounder Ravindra Jadeja has been sent back home after the player sustained injury during an IPL 2022 match against Royal Challengers Bangalore.

Jadeja was made the captain of the Chennai Super Kings franchise just before the commencement of the Indian Premier League (IPL) 2022 season, but the team endured a tough start to the campaign, while Jadeja not being able to perform at his best.

As a result, midway through the season, MS Dhoni assumed the duties once again. Thereafter, social media has buzzing about controversy inside the CSK team camp.

And it further fuel to it when yesterday some reports stated that both Ravindra Jadeja and Chennai Super Kings have unfollowed each other on the social media, sparking a rumour of rift between the two parties.

Later that day, Chennai Super Kings confirmed that Ravindra Jadeja has been ruled out of the IPL 2022 due to injury sustained in the match against RCB, as because of which, he didn’t played in the previous matches for the team.

Opening up on the rumours of rift between the two parties, CSK CEO Kasi Viswanathan confirmed that Jadeja has been released on the medical advice only.

While speaking to the Indian Express, Kasi Viswanathan added that he doesn’t follow what is happening on social media and has no knowledge of what is going on. He added that there is no problem from the management side and Ravindra Jadeja firmly remains on the scheme of things for the future.

CSK CEO said, “Ravindra Jadeja firmly remains in the CSK’s scheme of things for the future, always. I have no knowledge of what is going on in Social Media, I’m not aware”. (To Indian Express).

However, Indian Express also confirmed that even though Kasi Viswanathan confirmed no fallout, Jadeja’s CSK team-mates confirmed that the player is not happy the way captaincy change was handled.