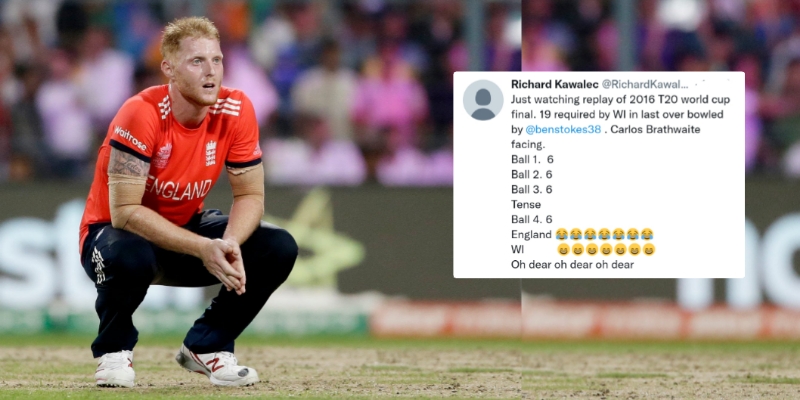 Ben Stokes did not participate in the competition because he opted to take a break from the sport owing to mental health reasons. Just recently, Stokes announced that he is ready to make his return to the cricket field. He has been added to the England cricket team’s squad for The Ashes 2021 scheduled to happen in Australia later this year.

The England cricket team reached the final of the previous T20 World Cup 2021 organized by the International Cricket Council, and not a single cricket fan can forget how the match ended. Carlos Brathwaite smashed four consecutive sixes off Ben Stokes to help the West Indies team become two-time champions.

How Ben Stokes replied to a cricket fan

A cricket fan tried to remind Ben Stokes of that incident. However, the manner he did it was not the best as per some fans on Twitter. Stokes did not take it seriously, and here’s how he replied to that fan:

“Yes Richard I know what happened.”

Ajay Jadeja reveals why he was disappointed with Virat Kohli’s comment after loss to Pakistan
“Remember The Name” – Ben Stokes reacts as Asif Ali smashes 4 sixes in 1 over to win match vs. Afghanistan
To Top