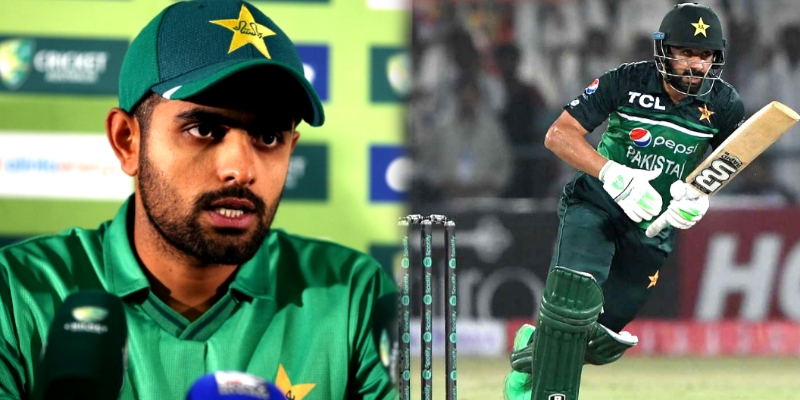 While the Pakistan cricket team won the 2nd ODI against West Indies by 120 runs to also confirm a 2-0 unassailable lead in the 3 match series, but the fans and experts were quite shocked with the team management’s decision to send Khushdil Shah at number 8.

The Babar Azam led Pakistan team ensured a 2-0 lead and series win in the 3 match World Cup Super League ODI series against West Indies. While it was too easy for them with the ball in hand, it wasn’t so easy with the bat in hand though.

After a solide start while batting first, losing only 2 wickets for 145 runs, Pakistan had all the opportunities in the world to post a big target, however, the team suffered almost a middle-order collapse, suddenly finding themselves6 wickets down for 207 runs.

However, what was more controversial was when the team management decided to send all-rounders Mohammad Nawaz and Shadab Khan ahead of last match’s hero Khushdil Shah.

Khushdil came in at number 8 and ensured a strong hold for the team as they posted 276 runs target. Eventually, the Pakistan bowlers made easy work of West Indies batters to win by 120 runs.

But, team management’s decision send Khushdil Shah so down the order garnered heat from the experts, including former skipper Salman Butt. However, we now have a clarification.

Pakistan skipper Babar Azam stated that Khushdil Shah was saved for the last couple of overs due to his hitting abilities in the slog, that also ensured them the win the first ODI. “We saved him for the end, we know all know what he is capable of doing in the slog overs,” said Azam to the media.