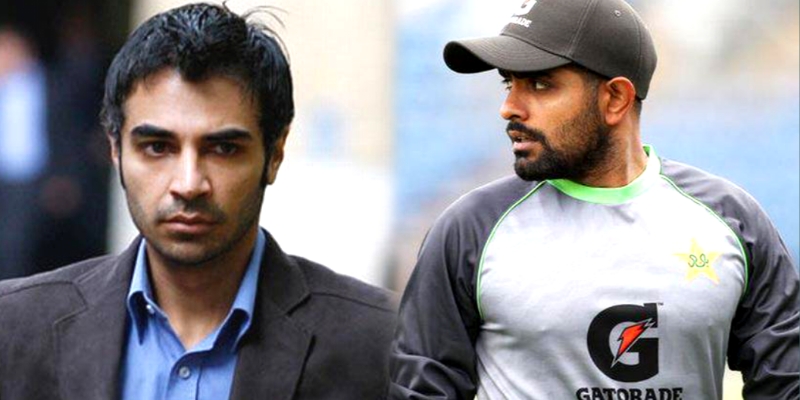 Former Pakistan cricket team captain Salman Butt has lashed out at the current Pakistan team captain and batsman Babar Azam for demoting batter Khushdil Shah to lower-order, even though he is a batter.

The former Pakistan skipper did not seem happy at all with captain Babar Azam and Pakistan team management’s decision to demote batter Khushdil Shah in the 2nd World Cup Super League ODI series against West Indies, played on the 10th June.

Khushdil Shah, who is mainly a batter, was sent to bat in at number 8, behind the likes of all-rounder players Mohammad Nawaz and Shadab Khan while the team was facing a middle-order collapse towards the middle of the game.

Khushdil came in at number 8 in the batting order and scored 22 runs of 31 balls and ensured that the collapse is not thing in the inning. However, captain and team management’s decision send lower down the order has angered Salman Butt.

In a video uploaded on his YouTube channel, Salman Butt said that Khushdil Shah is a batter and should have been sent ahead. Mentioning him finishing the match in the first ODI, Salman said that even though he played the role of a finisher in the 1st match, he questioned whether he has been kept for only the last 4 or 5 overs.

“They should have sent Khushdil ahead and allowed him to play a big innings. Yes he did finish a game, but does that mean you have reserved his batting for only those last 4-5 overs?” said Salman.

He continued and mentioned Khushdil’s domestic career and how many centuries he has scored. He hit back at the management saying that he is a batsman and team is utilising him after the all-rounders.

“Look at his domestic record. Look at how many centuries he has got. He is a batsman, but you are sending bowling all-rounders ahead of him,” Salman Butt rounded-off.