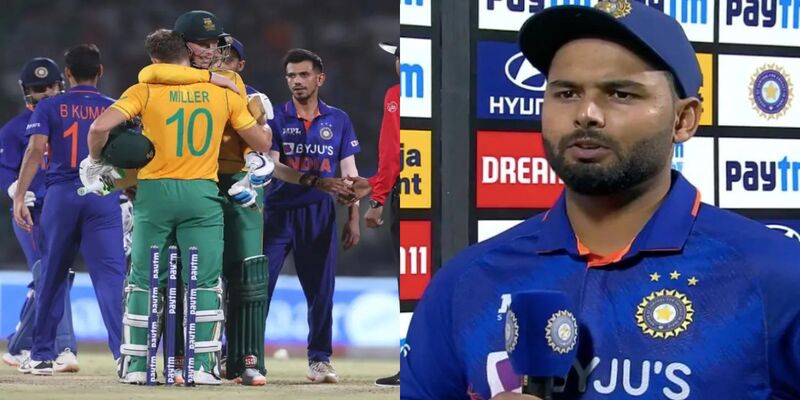 Finally, the 12-match winning streak of the Men in Blue has ended with a close finish on Thursday. And the dream of becoming the first team with the most consecutive matches has been shattered by the extraordinary batting performances of David Miller and Rassie van der Dussen. India took on the Bavuma-led team at Arun Jaitely Stadium and were given a big target of 212 to chase. At the half-way stage, the match was totally looking in India’s favor.

But then came an unbeaten match-winning partnership of 131 runs between Miller and Van der Dussen to see the visitor home. However, the captaincy of Rishabh Pant was also criticized by some people. Former Indian pacer Ashish Nehra also analysed the whole match and shared his views on it.

In a discussion on Cricbuzz after the match, the former pacer said they were defending a target of 212 and Chahal only bowled two overs. He stated, “It’s not like he gave away 22 runs in one over. You’re constantly seeing that the runs are flowing. So, it was quite surprising to see a bowler like Chahal bowl just two overs.”

The ex-pacer added that, considering the right hand and left-hand combination, Chahal should have given the overs. Nehra is coming off a successful IPL season, as Gujarat Titans won the IPL title in their maiden season under his coaching. He further said that at a point when India didn’t take wickets, but the run rate was under control.

But after Miller came to the crease, he started hitting boundaries and brought the run rate to 11 or 12. At that time, Pant was required to bring the veteran leg-spinner to the bowl. Nehra concluded, “You should’ve brought Chahal in. That’s where I thought Rishabh Pant made a small mistake.”

This was the most successful run-chase against India in T20Is. Miller remained not out on 64 and Van der Dussen was unbeaten on 75 runs. Both teams will now face off on Sunday at Cuttack for the second match.