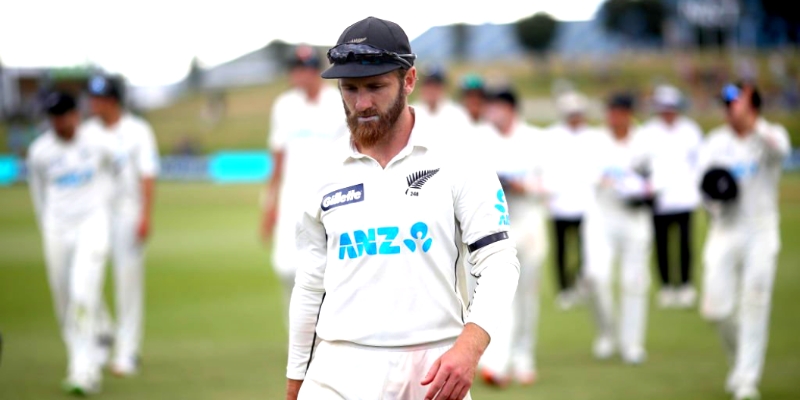 The Kiwi team, which lost the first match, has suffered another major setback. Actually team’s captain Kane Williamson will not be able to take part in the second Test. Williamson has been found COVID-19 positive on the eve of the second test.

Now, as per the norms, Williamson will have to spend the next five days in isolation. Hamish Rutherford has been included in the team in place of Williamson. New Zealand head coach Gary Stead said Williamson’s exit on the eve of such an important Test was a shame.

Stead added, “We all feel bad for him and we know how disappointed he will be. Hamish was with the Test team at the start of the tour and is currently playing in the Vitality T20 Blast.”

Williamson, who played his first Test for New Zealand cricket team against England since November 2021, did not go well for for the Blackcaps captain. In the first Test, Matthew Potts (Matty Potts), making his debut for England, made him his victim in both the innings.

In the first innings, Williamson had scored only two runs with the bat, while in the second innings he was dismissed after scoring 15 runs. Kane Williamson played only one Test on the tour of India in November last year due to an elbow injury and went into rehab after that. Williamson made a straight return to the field in March with the Indian Premier League.

“After the Almighty, it is probably Sachin” – Shoaib Akhtar recalls dismissing Sachin on first ball that led to recognition
“Pant made a small mistake” – Former Indian player highlights the error made by skipper Rishabh Pant against South Africa
To Top