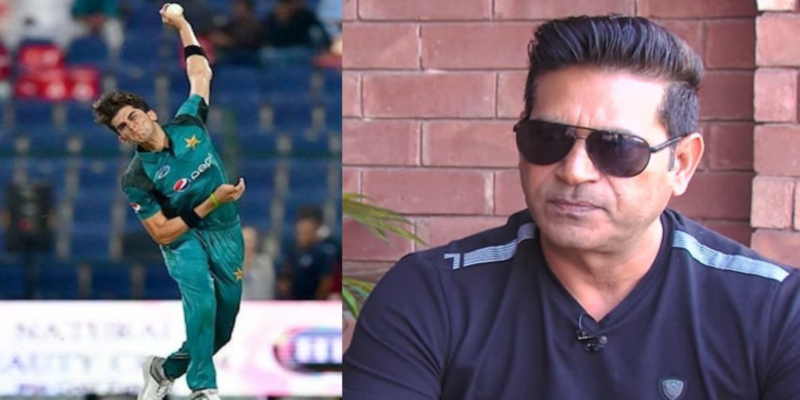 Shaheen Afridi is one of the best emerging pacers in the modern era. And in a short span of time, he has performed exceptionally well across the format. Who can forget his spell against India in the T20I World Cup 2021 in the UAE? That’s the reason he was awarded the Sir Garfield Sobers Trophy and recognised as the ICC men’s international cricketer of the year in 2021.

He also led his franchise, Lahore Qalandars, to their maiden PSL title in the recently concluded HBL PSL 2022. He became the youngest captain ever to lead a team to a T20 tournament win. But once in a while, there are always some questions about his bowling action in the game. And his Lahore Qalandars coach and former Pakistani cricketer Aaqib Javed has slammed all those allegations as “immature”.

During a media interaction with Geo Super, Aaqib termed all those questions regarding Shaheen’s action useless. He said that there was no point of doubt in his action. He also stated that it is totally useless to doubt his bowling action. And it would be immature to make a statement on that. Aaqib added, “Such an immature statement about his bowling action.”

The former Test cricketer also pointed out that the incident occurred during the PSL match. He said that Jason Roy was seen complaining about his actions. But it is a common thing when a bowler gets you out on the first bowl after a century in your last match. He also added that it was because of the frustration of the batsman and that it had nothing to do with reality.

Earlier to that, pace legend Safaraz Nawaz had also questioned Shaheen’s bowling action. He also said that there is a requirement for some improvement. Nawaz said that he has noticed many times when the pacer bowls his wrist ball, then the action becomes more doubtful. He also suggested his coaches to notice these things and work on his bowling action. The former pacer also said that, “It is the right time to work in his action. Otherwise, I fear, someday maybe his action gets reported.”