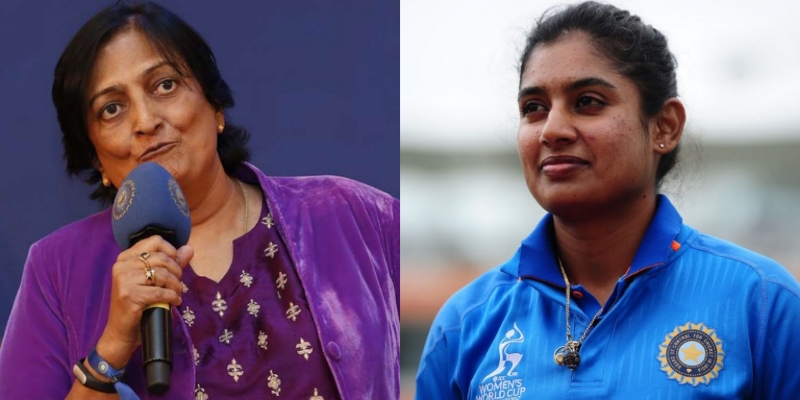 Indian women made an early exit from the ICC Women’s World Cup on Sunday, when South Africa beat India by three wickets. It was a heartbreak moment for the Women in Blue. Two legends of Indian cricket might say goodbye to the game now. And it will not be a wrong statement to say that this was the last World Cup for skipper Mithali Raj and veteran pacer Jhulan Goswami. However, the next question will be who will be the next successor to Mithali Raj. Former Indian skipper Shantha Rangaswamy opens up about the Indian captaincy.

Mithali might soon retire from cricket and her 23-year-old lagendary career might come to an end after the exit.

“Smrithi Mandhana will be ideal for captaincy” – Shantha Rangaswamy

Former Indian skipper expressed that India should go Smriti as the next captain instead of all-rounder Harmanpreet Kaur. During an interaction with PTI, she said that Mithali can carry on if she wants, but if not, then the Indian opener should take the lead. She also pointed out that Harman is another candidate, but in her case, additional captaincy responsibilities might bring her performance down.

Shantha stated that Smriti could handle it better. She said, “Smriti Mandhana temperament is suited to captaincy.”

Indian women didn’t have the campaign they would have wanted. However, they started the World Cup with a big win over arch-rivals Pakistan by over 100 runs. But they lost the very next game to New Zealand while chasing the target of 260 runs. But in the next match, they thrashed the West Indies by 155 runs. After that, they were dealt with two back-to-back losses by England and Australia.

Shantha also said that the expectations of fans were very high for India after their final appearance in the last Women’s World Cup. But the four teams that have qualified played better.

She also added that the overall performance of India was decent and they should be proud of that. But it was the no-ball in the last over from Deepti Sharma that turned the match in South Africa’s favour. Shantha concluded that luck was also against India. She said, “If you look at the last one year, Smriti and Mithali have been consistent.”