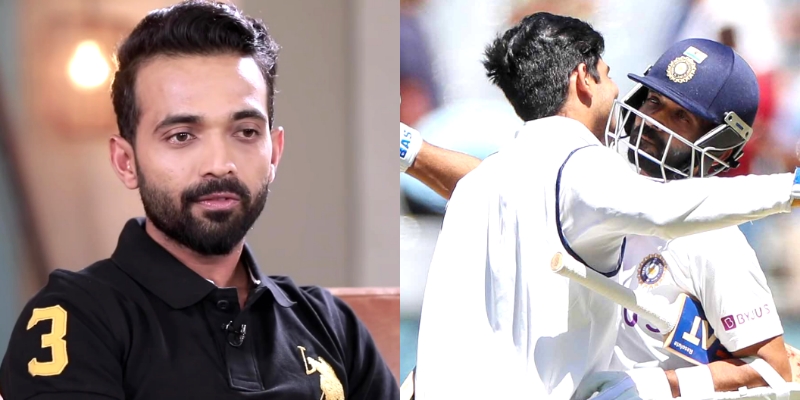 Almost year ago in 2021, Ajinkya Rahane led Indian cricket team to the historic Test series victory in Australia. But his form ever since has not been upto the mark. Rahane was recently seen playing in the Test series against South Africa. But he was not much effective in the series.

Due to poor form, he was also recently stripped of the vice-captaincy of the Test team. He is also out of the race for the next Test captain after the resignation of Virat Kohli.

But Rahane feels that his career is not going to end yet. In an interview, he spoke openly on many issues, apart from his game, he also talked about the historic Test series win in Australia.

Team India had to face a humiliating defeat in the first Test in Adelaide on that Australia series. After which, captain Virat Kohli returned to India for the birth of his first child.

In his absence, Rahane took charge of the team and guided the team to victory in the very next Test in Melbourne, making a comeback in the series with a bang. Rahane also scored a century in the match. After which, Team India also went on to win the series as well.

Ajinkya Rahane said in ‘Backstage with Boria Show’ that he knows what he has done and said that he took some decisions on the field as well in the dressing room during the Australia series, but said that someone else took the credit away from him.

Rahane said, “I know what I’ve done there. I don’t need to tell anyone. That’s not my nature to go and take credit. Yes, there were some things that I took the decisions on the field or in the dressing room but someone else took the credit for it.”

He further added that he doesn’t care about that anymore, the only thing matters to him most is that India won the series.

Ajinkya Rahane will next feature in the upcoming Ranji Trophy 2022 for Mumbai under the leadership of Prithvi Shaw as he has been told that he won’t be selected for the upcoming Test series against Sri Lanka.

“I would have never played for India” – AB de Villiers speaks about difficulties of making it to the Indian team
Rohit Sharma etches new record, surpasses Virat Kohli and Kapil Dev after 2nd ODI against West Indies
To Top