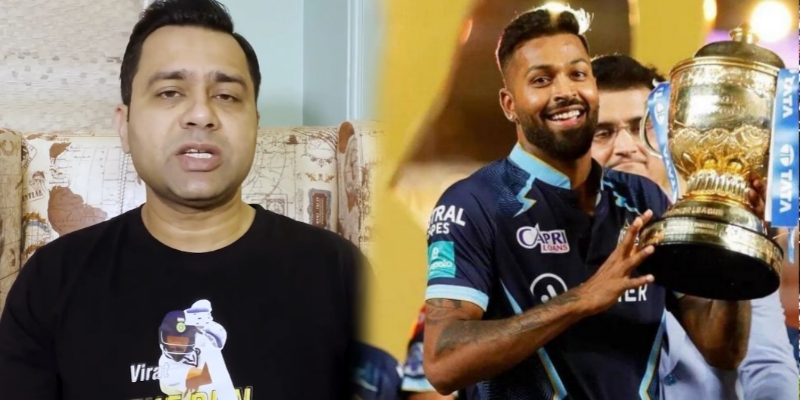 Chopra also said that Gujarat would not have been successful if Hardik had not scored runs. In a video uploaded on his YouTube channel, Aakash Chopra said that Hardik Pandya took the lead and what he has done this season is certainly unbelievable.

He added that had Hardik Pandya not scored those runs, Gujarat Titans would not have been successful this term. He continued that had he not been bowling, he would not have had a sixth bowling option, but he bowled and took important wickets and his captaincy was fearless and impeccable.

“Hardik Pandya led from the front. What he has done this season is surely incredible. This team wouldn’t have been successful if Hardik Pandya hadn’t scored runs. They wouldn’t have had a sixth bowling option if he wasn’t bowling,” said Aakash Chopra.

Chopra also said that Hardik Pandya deserves a lot of credit, because when one become a part of a new franchise and have to work with the new coaching staff, there is a honeymoon period at the beginning and then there comes a time where differences arise.

He continued that it was like a fish for water, who fit seamlessly into the captaincy role and performed with bat and ball as well. Describing his leadership, he said that there was a lot of calmness in the implementation of the plans as well.

Notably, Pandya emerged as the top performer with the bat for Gujarat Titans in this year’s IPL. The right-handed batsman scored 487 runs in 15 matches. Apart from this, he also took eight wickets and had an impressive economy rate of 7.28.