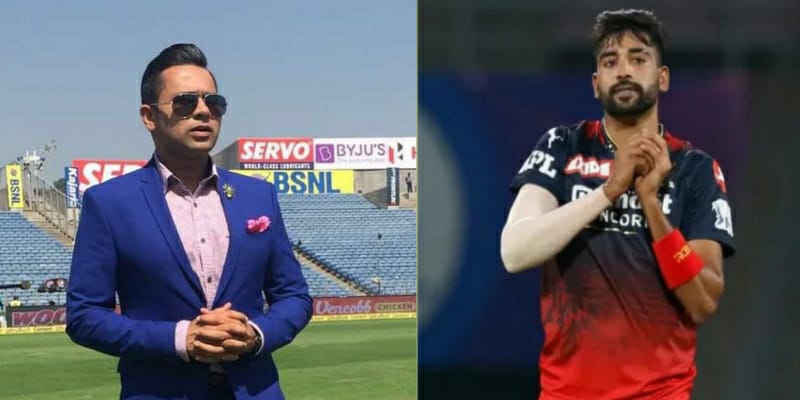 Mohammed Siraj had a disastrous season with Royal Challengers Bangalore in the Indian Premier League (IPL) 2022, but one of India’s rising fast bowling talents is hoping to make redemption during the series-deciding fifth Test against England.

Aakash Chopra, a former Indian batter, believes the Royal Challengers Bangalore (RCB) should consider releasing Mohammed Siraj before repurchasing him at the IPL 2023 auction. In the recently concluded Indian Premier League, Siraj looked far from his best. In the 15 games he played, the lanky bowler only took nine wickets and allowed more than ten runs per over.

Chopra named Siraj as one of the players RCB could release ahead of the auction in a video posted on his YouTube channel. He said Mohammed Siraj was retained for a fee of Rs. 7 crore. You are free to let him go. If you let him go, who would you replace him with? That’s a significant concern because you’ll need an Indian bowler. You can actually purchase him back for less now; he won’t be sold for seven crores.

In IPL 2022, the other RCB pacers performed admirably, according to the former India batter, but Siraj was a disappointment. In IPL 2022, Josh Hazlewood and Harshal Patel took 20 and 19 wickets, respectively. Akash Deep took five wickets in as many games, but he was costly on a couple of occasions.

In a single edition of the Indian Premier League, Siraj has given up the most sixes. In the IPL 2022 season, he was hit for 31 sixes. Wanindu Hasaranga, his partner, has taken 26 wickets despite being hammered for 30 sixes this season. Dwayne Bravo of the West Indies held the unwanted record prior to the 2022 season, having been hammered for 29 sixes in the 2018 tournament.