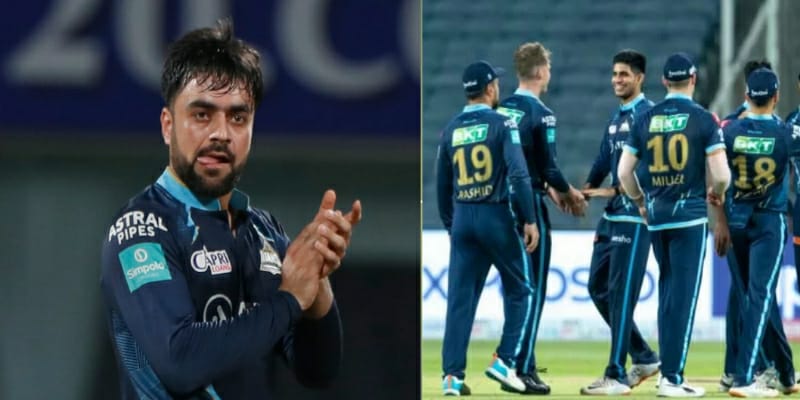 Hardik Pandya and his Gujarat Titans team produced a bowling masterclass in the IPL 2022 final to restrict Rajasthan Royals to a below par total of 130/9 at the Narendra Modi Stadium in Ahmedabad. Afghan spin wizard Rashid Khan was once again at his best as he bowled a miserly spell of 1/18 in 4 overs, picking up the important wicket of Devdutt Padikkal. Rashid finished the season with 19 wickets, one fewer than Mohammed Shami, Gujarat’s top wicket taker this season with 20.

Rashid Khan’s brilliant success in the Indian Premier League (IPL) continued with several spectacular efforts for Gujarat Titans, the 2022 champions. In 16 matches, he claimed 19 scalps. It was the sixth time since he began playing in the IPL in 2017, that the Afghanistan leg-spinner had taken at least 17 wickets in a single season. His 6.60 RPO economy was fantastic, putting pressure on the opposing batters. There was hardly no one who could match Rashid’s skill level. The spinner has now identified the batter who he finds difficult to bowl at.

Fortunately for Rashid, the batter is a member of his own Gujarat Titans team. Shubman Gill is his name. GT overcame Rajasthan Royals in the final, chasing down a modest target of 131 in 18.1 overs, thanks to the youngster’s winning six.

“I’m proud to be here with him, and I believe he is a dedicated professional. Someone like him instills a lot of energy in the team, and I thought his performance throughout the tournament was incredible. It’s great to have him here. I believe he is the only man… I was worried that bowling against someone like him would be difficult, but fortunately, I have him on my side,” after the IPL 2022 final, Rashid stated.

Meanwhile, after the Gujarat Titans won their first IPL title on Sunday, coach Gary Kirsten praised Hardik Pandya, saying the title-winning captain is humble and eager to grow as a leader throughout the season. Star Opening Batsman Gill scored 365 runs in 16 matches at an average of 34.50.