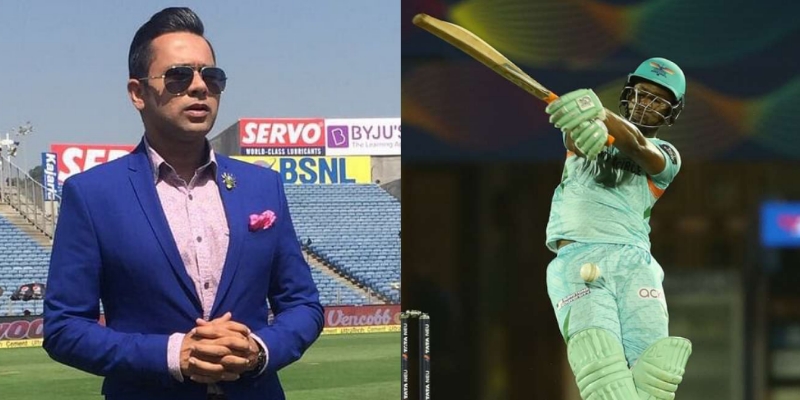 According to him, Evin Lewis should have been sent to bat earlier and he should not have come to bat at such a lower order. Actually, in which is a very important match for LSG, Evin Lewis was sent to bat lower down the order compare to his position.

After the dismissal of Marcus Stoinis, he was sent to bat at number six. The result was that the team could not take advantage of Lewis and he could score only 2 runs in 6 balls. Not a single ball came properly on Evin Lewis’s bat to dismiss it out of the park.

During a conversation on his YouTube channel, Aakash Chopra questioned the batting position of Evin Lewis. He said that he personally doesn’t like the strategy to send Manan Vohra in at number 3 after de Kock got dismissed.

“We thought he will get out to Josh but got out to Siraj. But after that at No. 3, surprise comes Manan Vohra. Personally, I didn’t like that strategy at all. I was thinking, why not Evin Lewis? Why did you play Evin Lewis if you are not sending him at No. 3?” said the former KKR player.

As for talking about the match, Royal Challengers Bangalore put on 207 runs on the board, thanks to a brilliant century from Rajat Patidar, who scored 112 runs not out from 54 balls.

While chasing the target, other than skipper KL Rahul and Deepak Hooda, everyone else failed to contribute and as such, went down by 14 runs to be knocked-out of the IPL 2022.