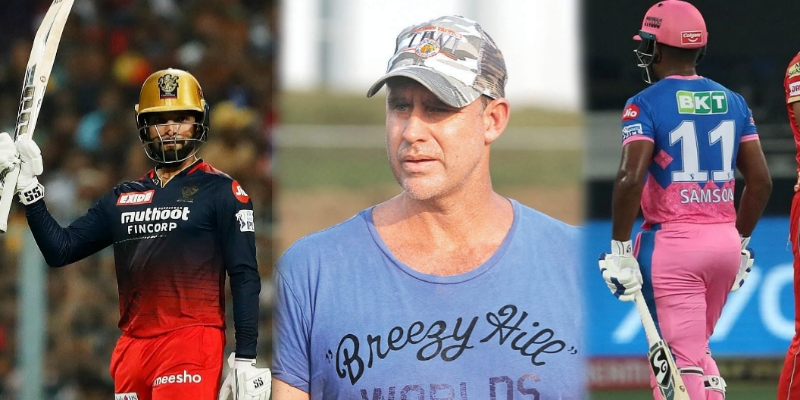 Royal Challengers Bangalore’s Rajat Patidar scored an unbeaten 112 off 54 balls against Lucknow Super Giants in the Eliminator Match of the Indian Premier League (IPL) 2022 at the Eden Gardens in Kolkata. After this innings, he is being highly praised in the whole cricket world. Thanks to Patidar’s innings, RCB finally managed to move past the Eliminator.

After his performance, former Australia opener Matthew Hayden was impressed by Patidar’s innings. Hayden said that Patidar did what Sanju Samson failed to do in Qualifier 1 for Rajasthan Royals against Gujarat Titans. Despite a good start in the match, Samson could not take advantage of it and hence failed to score big.

During a conversation with Star Sports, Matthew Hayden said, “Rajat Patidar did what Sanju Samson couldn’t. It was his night. Look at his wagon wheel, there were some huge hits through the onside but he played attractive strokes through the offside too. Simply superb innings.”

In Qualifier 1, Rajasthan Royals captain Sanju Samson played a quick innings of 47 runs off 26 balls, which included five fours and three sixes. But, when he looked all set for a big total, he lost his wicket off R Sai Kishore’s delivery.

Patidar, on the other hand, was under some pressure as he came to bat at No 3 after RCB captain Faf du Plessis was dismissed for a golden duck. He showed resilience and played some great shots to score his maiden IPL century. He scored runs at a strike rate of 207.40 which included 12 fours and seven sixes.

Royal Challengers Bangalore will now take on the Rajasthan Royals in the Qualifier 2 of the Indian Premier League (IPL) 2022.