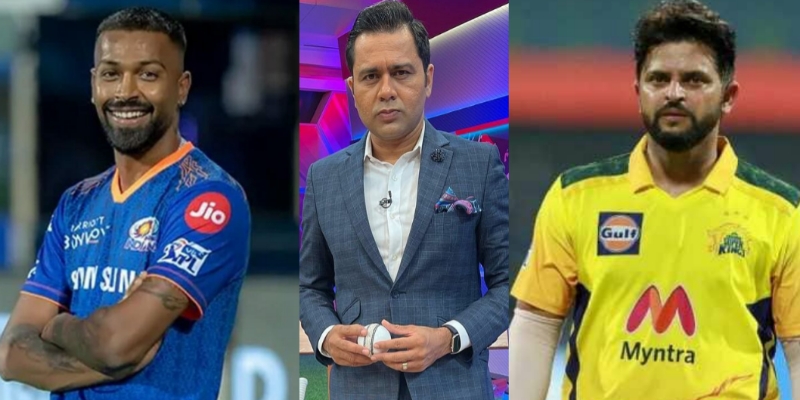 The Indian Premier League (IPL) season is finally over, with it the excitement and the craze, and the opportunity to see a new talent coming through every match.

The IPL 2021 season ended yesterday, on the 15th of October at the Dubai cricket stadium in Dubai, where Chennai Super Kings came out in front against Kolkata Knight Riders by 27 runs in the final.

Though, this season of the IPL saw many new names and new talents come through, the likes of Venkatesh Iyer, Ruturaj Gaikwad, Harshal Patel, Devdutt Paddikal and more. But there were players who underperformed compare to their expectations.

Recently, former cricketer and commentator Aakash Chopra shared a video on his YouTube channel and listed out his playing eleven of underperforming players from the 14th edition of the IPL.

He added Rajasthan Royals’ Liam Livingstone and Punjab Kings’ Nicholas Pooran as the opening duo. Both the players are very important player for their respective team, but failed to live up to the expectation. Livingston scored 42 runs only in 5 matches while Pooran scored 85 runs in 12 matches.

The middle order consists of two of the very talented and experienced players Suresh Raina and Eoin Morgan. Suresh Raina’s team CSK won the IPL, but Raina himself didn’t had the best of the season as he managed only 160 runs in 12 matches. While Eoin Morgan’s team suffered defeat against Raina’s team in the final. Morgan, though, was KKR’s captain, he had a forgettable season as he could only contribute with 133 runs in 17 matches.

Aakash Chopra went with 4 all-rounders in his underperforming eleven, which consists of Mumbai Indians’s Pandya brothers and the other 2 are Rajasthan Royals’ Riyan Parag and RCB and New Zealand’s hot talent Kyle Jamieson.

The Pandya brothers struggled as Mumbai Indians couldn’t reach the playoffs this term. Hardik Pandya only 127 runs in 12 matches while his brother Krunal scored only 143 runs and picked up 5 wickets from 13 matches. As for Riyan Parag, he scored 93 runs in 11 matches and picked up 1 wicket. Kyle Jamieson, who was picked up by Royal Challengers Bangalore for huge 15 crore, could only contribute with 65 runs and 9 wickets from 9 matches.

Dan Christian, Ravichandran Ashwin and Bhuvneshwar Kumar are the 3 bowlers in the playing eleven. Dan Christian was a surprised pick by RCB in the auction and he could only manage 4 wickets. Meanwhile, Ravichandran Ashwin, who is always rated highly, had a season that he would want to forget. Ashwin played in 13 matches for Delhi and picked up 7 wickets, while you expect him to always go past 10 to 12 wickets. Bhuvneshwar Kumar is one of the mainstay of the Indian team and Sunrisers Hyderabad, but had a season that he would want to forget, the medium pacer lost his place in the team as he only featured 11 times for SRH and only picked up 6 wickets.