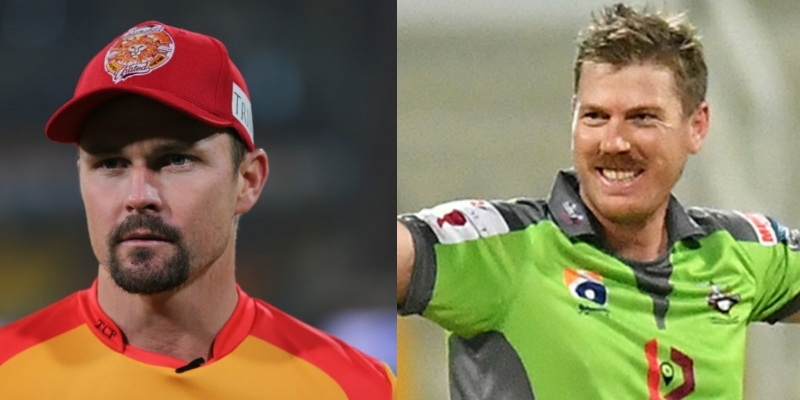 The PSL 2022 Draft happened on Sunday evening. Six franchises of the Pakistan Super League, namely Lahore Qalandars, Multan Sultans, Peshawar Zalmi, Quetta Gladiators, Islamabad United and Karachi Kings participated in the draft. Ahead of the draft, franchises had permission to retain a maximum of eight players each.

The PSL 2022 Draft saw some big names earning contracts from the franchises. Interestingly, some of the top picks at the PSL 2022 Draft were unsold at the previous IPL Auction. Here’s a list of those six names.

Munro has played for the Delhi Capitals and the Kolkata Knight Riders in the IPL before. He went unsold in the IPL Auction 2021. Even New Zealand ignored him for the ICC T20 World Cup 2021.

England all-rounder Lewis Gregory could not receive a single bid at the IPL Auction 2021. But the all-rounder was in demand at the Pakistan Super League draft which happened on Sunday.

Unlike the first two names on the list, Tim David participated in IPL 2021. The Singapore-based player made his IPL debut for the Royal Challengers Bangalore team.

However, the fans should note that David went unsold in the IPL Auction 2021. He came into the RCB squad as a replacement play. Defending champions of PSL Multan Sultans picked him in the Platinum Category.

Afghanistan’s explosive batter Hazratullah Zazai failed to earn a contract from the IPL franchises at the 2021 auction. Zazai is one of the top T20 batters in Afghanistan.

Peshawar Zalmi signed him in the Platinum Category during the PSL 2022 Draft. For the record, Zazai has played 20 T20Is so far, scoring 662 runs.

Like Tim David, Jason Roy went unsold in the IPL Auction 2021 but later joined the tournament as a replacement player. Roy represented the Sunrisers Hyderabad franchise in IPL 2021.

The England opener joined the Quetta Gladiators in the Platinum Category during the Pakistan Super League draft. Roy currently holds the 16th place in the ICC T20I Rankings for batters.

Australian all-rounder James Faulkner was once among the highest-paid players in the IPL. However, the ambidextrous all-rounder’s injuries derailed his career. It has been a long time since Faulkner donned the jersey of an IPL team. His last appearance in the IPL came for the Gujarat Lions back in the year 2017. He went unsold in IPL 2021 Auction.

Faulkner performed well in Pakistan Super League 2021, and courtesy of his good performance, Quetta Gladiators signed him in the Diamond Category on Sunday.

Indian playing XI in Virat Kohli’s 1st match as ODI captain – Where are they now?
5 Overseas Players who will play in PSL For 1st time in 2022
To Top