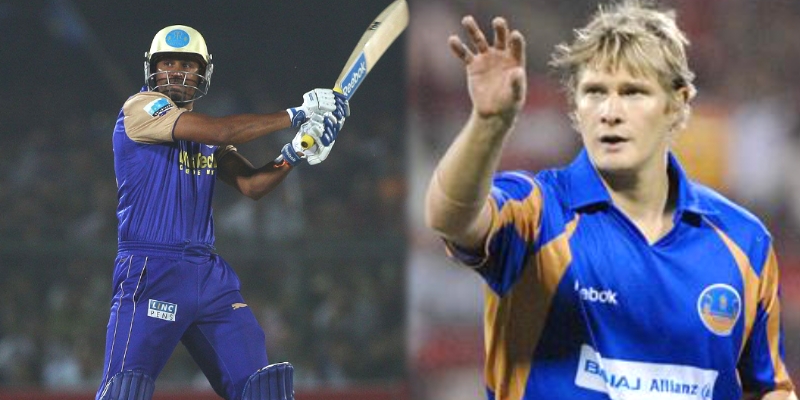 The first season of the Indian Premier League (IPL) was won by Rajasthan Royals in 2008. The command of the team was at that time in the hands of legendary bowler Shane Warne, who won the team the first IPL title on the basis of his excellent performance and excellent captaincy.

Many great players were included in the team for the initial season of IPL. Apart from Shane Warne, players such as veteran players Yusuf Pathan, Shane Watson, Sohail Tanvir, Graeme Smith and Munaf Patel, who performed brilliantly with both bat and ball in the first edition of the IPL for Rajasthan. Due to the excellent performance of the players, the team won 11 out of 14 matches in that season and finished first in the points table.

In the final match of the season, Chennai Super Kings had set a target of 164 runs in 20 overs for Rajasthan Royal, which was achieved by the team adorned with legendary players and became IPL champions.

Although the entire team has contributed in making Rajasthan Royals the inaugural champions of IPL, but today, we are going to tell you about four such players, who performed brilliantly during the entire season and made the team the champion.

The most important contribution in making Rajasthan Royals champions from as Indian player as well, that is Yusuf Pathan, who performed brilliantly with both ball and bat in that season.

In that season, Yusuf Pathan scored 435 runs while batting at a strike rate of 179.01. Apart from that, he also performed brilliant with the ball. Pathan took a total of 8 wickets in 16 matches at an economy rate of 8.16, out of which he took 3 for 22 in his spell in the final match against Chennai and also scored 56 runs in 39 balls.

Shane Watson , who has currently retired from playing and featured as Assistant Coach for Delhi Capitals, played one of the most important role in making Rajasthan Royals the champions of the inaugural season.

In the first season of IPL, when the Pakistani players were able to take part in IPL, Sohail Tanvir played for Rajasthan Royals, and performed brilliantly in 11 matches throughout the season and took 22 wickets at an economy rate of 6.46.

Last but not the least in our list is legendary bowler and Rajasthan Royals captain that season, Shane Warne, who took a total of 19 wickets in 15 matches at an economy rate of 7.76. Apart from this, he also contributed 70 runs in that season. Unfortunately, he was able to witness his team Rajasthan Royals play in the IPL 2022 final after he passed away before the start of the season. But, his contribution will always be immense for the Royals.