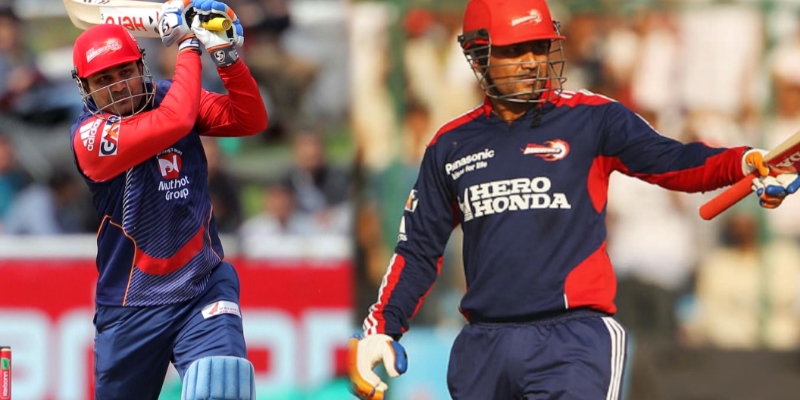 Since its inception in the year 2008, the Indian Premier League (IPL) has turned out to be a great success. It is platform for any player to perform here and get a chance to make it big.

Only consistency in batting can give success to the team. Be it Test cricket or ODI or T20 cricket, consistency is more important nowadays. Nowadays, there is a tough competition among everyone to get a place in the team, in such a situation if a batsman does not perform consistently, then his place in the team is not confirmed.

Many Indian batsmen have proved their worth in the IPL. In this article, we are going to discuss the three Indian batsmen who have scored 50+ runs in 4 consecutive matches.

Shikhar Dhawan is a very well known name to the world of IPL. The left-hand has been consistently performing well and how is it that he doesn’t make the list. While the represented Punjab Kings in IPL 2022, his name is in the list after his performance in the IPL 2020 season. Playing for Delhi Capitals then, Dhawan was in pretty good form and had scored two centuries that season, that also includes a consecutive 4 fifty plus score in 4 matches. Dhawan has scored 69, 57, 101, 106 during that run.

The Indian Premier League (IPL) 2016 season was Virat Kohli’s season, doing something that no else had done before the in the history of the competition. Virat had scored a total of 4 centuries that season and scored a total of 973 runs. Virat is the second Indian batsman to score fifties in 4 consecutive matches in IPL. One should not be surprised to see Virat Kohli’s name in this list as Kohli is known for his consistency, however, he is currently going through a very rough patch and now finding it very hard to score runs.

Virender Sehwag is not known for his consistency but only a few people would know that Sehwag had achieved the feat of scoring fifty-plus in 4 consecutive matches in IPL in 2012. Sehwag started his IPL career with Delhi Capitals (formerly Delhi Daredevils). Sehwag had scored consecutive scores of 87, 73, 63, 73 in 2012 and was the first Indian batsman to score more than fifty runs in four consecutive matches. He was also the first player to score 50+ runs in five consecutive innings in the T20 format.