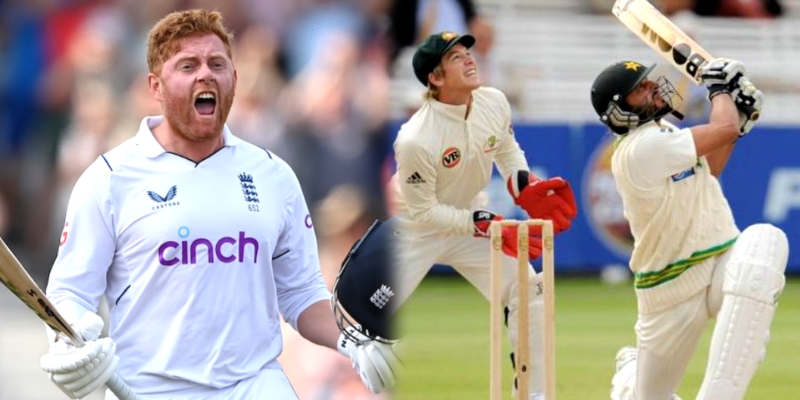 Of the three formats of cricket, the Test format is considered to be the toughest. During a Test match, the patience of both the batsman and the bowlers are put to the test. Whichever player is successful in overcoming both these things, the players are successful in making records in this format.

There have been many batsmen in Test cricket so far who have managed to score several thousand runs while playing for a long time with patience and patience.

In this article, we will talk about the 3 batsmen who scored the fastest century in the fourth innings of a test match.

In 2005, Pakistan was on a tour of the West Indies where the first match of the two-Test series between the two teams was played in Bridgetown. In this match, the Caribbean team defeated Pakistan by 276 runs and won the match. For Pakistan, Afridi played a brilliant innings of 122 runs in 95 balls in the fourth innings of the match. In his innings, he hit nine fours and six sixes.

The second match of the three-match Test series between England and New Zealand was played in Nottingham. In the match, Ben Stokes won the toss and decided to bowl first. Batting first, the visiting team scored 553 runs in their first innings. In response, England scored 539 runs in the second innings of the match.

New Zealand took a lead of 14 runs in the first innings. The Kiwis were all out for 284 in the third innings of the match, setting the hosts a target of 299 runs in the fourth innings to win the matches. This difficult target was achieved by the English team thanks to Jonny Bairstow’s brilliant innings of 136 runs from 92 balls. During his century, wicket-keeper batsman Bairstow crossed the three-figure mark in 77 balls. England defeated the visiting team by five wickets in this match.

In the history of Test cricket, the record of scoring the fastest century in the fourth innings of a match is recorded to the name of England batsman Gilbert Jessop. Jessop had completed his century in the Test played against Australia in the year 1902, facing just 76 balls. During his innings, he had hit 17 fours. Jessop’s brilliant batting during the fourth innings helped England win the match by defeating Australia by one wicket.