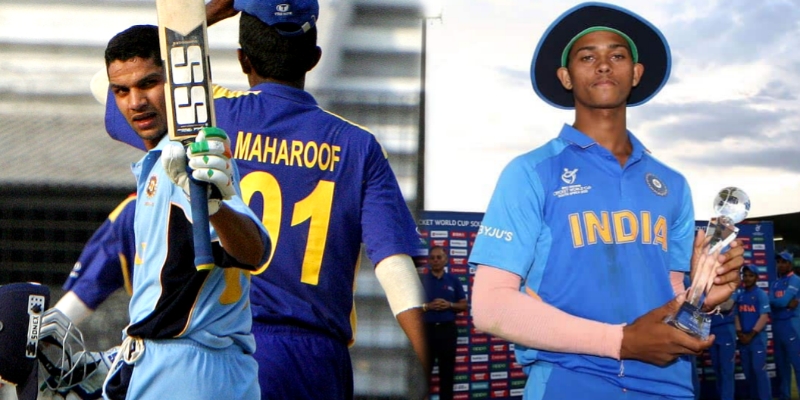 The Indian cricket team fans always have their eyes on the players who have played well in the Under-19 World Cup. Players who perform well in Under-19s soon get a place in the Indian team. India has, as of today, won the U19 World Cup 5 times.

Cheteshwar Pujara batted very well in the 2006 U19 World Cup. He scored 349 runs in 6 matches for India at an average of 116.33, and was named ‘Player of the Tournament’. After this Cheteshwar Pujara became a good batsman in the long format of cricket. He made a place in the Indian Test team after performing brilliantly at the domestic level and became a regular member of the team.

Shubman Gill is second in the list of highest run-scorers after his performance in the Under-19 World Cup 2018. The young batsman had scored 372 runs in 6 matches played in the competition. He had a batting average of 124 and a strike rate of 112. The Indian Under-19 team won the World Cup for the fourth time and Gill was awarded the ‘Player of the Tournament’ award. Gill is now part of the Indian cricket team.

Yuvraj Singh played the U19 World Cup in 2000. Yuvraj had made a significant contribution with both bat and ball in that World Cup, due to which he was awarded with ‘Player of the Tournament’ award. Yuvraj scored 203 runs in 8 matches at an average of 33.8. After his performance with the U19 side, he represented India and was a member of the 2011 World Cup winning squad, or rather, was one of the hero of that tournament.

Shikhar Dhawan was the highest run-scorer in the Under-19 World Cup 2004. He scored 505 runs in 7 innings, in which his average was more than 80. He was awarded the ‘Player of the Tournament’ award for his outstanding performance. Even after Dhawan’s best performance, he did not get a chance to play for India. He had to wait for a very long time for his debut. Suresh Raina, Dinesh Karthik, Robin Uthappa, who played with him in the Under-19 World Cup, got a chance to play for India first, but eventually, Dhawan ended up being India’s one of most important player in the recent times.

Young left-hand batsman Yashasvi Jaiswal is the latest Indian batsman to win the ‘Player of the Tournament’ award, winning it in the year 2020 after his brilliant performance in the U19 World Cup 2020. He scored 400 runs from 6 matches, but Team India lost the final to Bangladesh. Jaiswal is yet to play for India, but is doing well in the domestic stages and also plays for the Rajasthan Royals in the IPL.