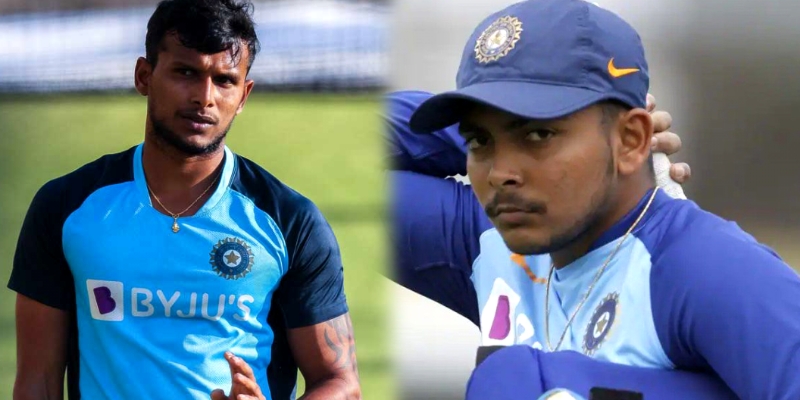 The Indian cricket team is set for a busy summer with the ongoing series against South Africa, which then followed by the series against Ireland and England.

The BCCI recently announced the squad that will be travelling to UK to play Ireland. Keep in mind that, Team India plays the Ireland and England series almost at the same time, thus, all the first team players have flown to England.

In absence of the star players, India have named a rotated squad that will travel to Ireland, with Hardik Pandya set to be the captain of the team. Meanwhile, Rahul Tripathi, after impressing in the IPL, has earned a call-up to the team.

However, many Indians have questions over the selection committee not selecting some players. In this article today, we discuss 4 players who deserved a slot into the squad for the Ireland series.

The first name in the list is of Mumbai batsman Prithvi Shaw. Shaw is regarded as a Virender Sehwag like batsman, who can play aggressive cricket and with India set to play T20I series against Ireland, fans were quite surprised to see him not in the squad.

Shaw was an integral member of the Indian team in early 2021, but after sustaining numerous injuries and other reasons, he was dropped from the team and now finds it difficult to make it back into the team.

Rahul Tewatia have gained a name as a finisher in the Indian Premier League (IPL). He has been under consideration for long by the fans that he should be getting an opportunity.

However, he is yet to get a chance and is still waiting for it. He once showcased his prowess in the IPL 2022, scoring 217 runs from 16 matches with a strike rate of 147.

It is quite surprising for many to believe that T Natarajan has not made it to the Indian team for the Ireland series. Natarajan was considered one of the best among the current bowlers. Natarajan also had a great season the IPL while playing for the Sunrisers Hyderabad, taking 18 wickets from 11 matches, even after missing out on some matches due to injury.

Lucknow Super Giants’ Mohsin Khan had a great season in the Indian Premier League (IPL) 2022. The left-arm pacer made his debut in the IPL this season and was very impressive, taking 14 wickets from 9 matches. While it may would have been earlier for him, but, he would have gained a valuable knowledge being part of the series.