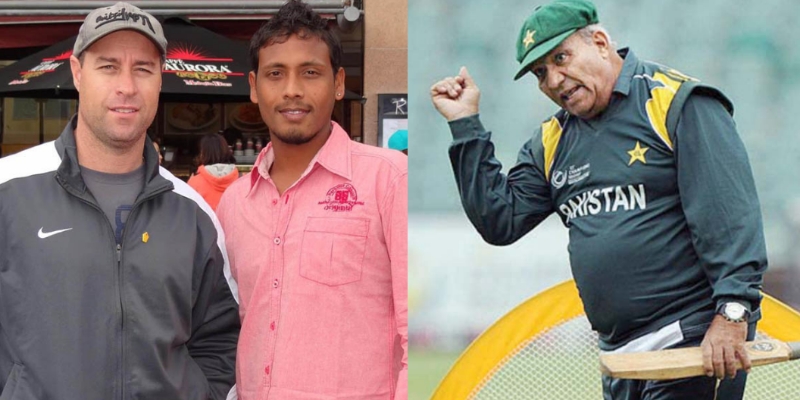 Indian domestic circuit is really strong as it is the root of success for the Indian team. Today, the Ranji Trophy is one most important reason that India have some of the top players like Virat Kohli, Rohit Sharma, Cheteshwar Pujara playing for the Indian team in Test cricket and in other formats well.

Coaching youngsters from the young age and making them one of the great is what Ranji Trophy does. While there is now mostly all of the teams have a Indian coach, but there was a time when teams had foreign coaches too.

Today in this article, we take a look at 4 foreign coaches who have been head coach of an Ranji Trophy team.

Legendary Australian cricketer Michael Bevan is the first name in our list. The Australian batsman was the head coach of the Orissa (now Odisha) Ranji Trophy team during the 2011-2012 season of the competition. Bevan was not a big name in coaching then and that was clear when Orissa had a pretty poor Syed Mushtaq Ali trophy and was later by Debasis Mohanty.

Former Pakistan international cricketer Intikhab Alam is the 2nd name is our list. It must be noted that Intikhab Alam was the first foreign coach to take a job of a Indian domestic team. He was the head coach of the Punjab team for 2004-2005 season.

Third in our list is the Australian Darren Holder. Holder is not a known name for most of the cricket fans as he never played International cricket. Holder was named the Head Coach of the Maharashtra team in 2005 for that season.

Another former Aussie cricketer who coached an Indian domestic or rather I say Ranji Trophy team is Dav Whatmore. Davnell Whatmore was born in Sri Lanka but played for Australia. Whatmore is a very popular coach who has coached national teams like Sri Lanka, Pakistan and Bangladesh. He was appointed the head coach of the Kerala team for the 2017-2018 season.