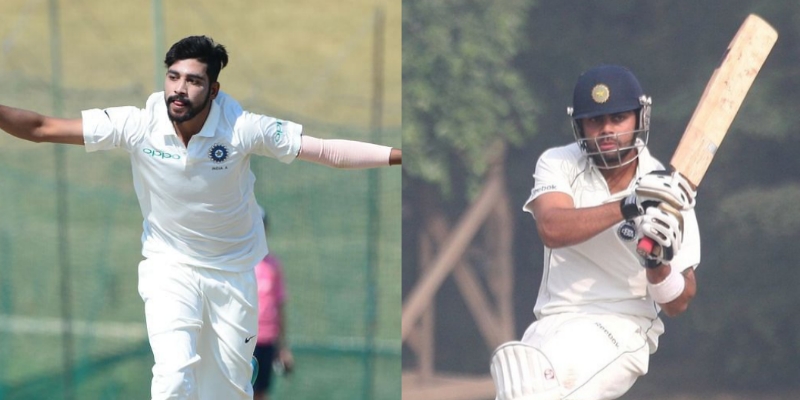 While the Indian cricket team is currently busy in the ongoing 3 match One Day International (ODI) series against New Zealand cricket team, team India have a even bigger Test to come in February when they take on Australia at home in 4 match Test series.

The 4 match Test series, also known as the Border-Gavaskar Trophy, is an exciting Test of Test matches between probably the two of the best cricket teams in the world.

The upcoming Border-Gavaskar Trophy holds a lot of value for the Indian team as a win in the series is required for the Men in Blue (although they will be playing in white jersey) to qualify for the upcoming World Test Championship 2021-2023 Final to be played in England in June of July.

The series is a massive one for the Indian cricket team, as such, many experts have suggested that Team India’s players who are playing in the ongoing New Zealand ODI series should skip the 3rd ODI having already won the series and play the upcoming round of the Ranji Trophy instead to prepare for the series.

And with so many recommendation from the experts’ panel, we take a look at 4 players who should play the final round of Ranji Trophy to prepare for the Border Gavaskar Trophy.

While India captain Rohit Sharma’s participation is important for the team, but BCCI would like him to play the Ranji Trophy is his performance at the top of the batting order is really important for the Indian team in the Border-Gavaskar Trophy.

He has been out of form lately and would be a great opportunity to get some red ball practice featuring for the Mumbai team in the Ranji Trophy. Meanwhile in his absence, Team India can field both Ishan Kishan and Shubman Gill as the opening duo for the 3rd ODI.

The Indian cricket team’s former captain and star batsman Virat Kohli is being expected a lot from him by the fans. While he found his touch back after a 3 years hiatus of not scoring a century since 2019, he is though yet to score a century in the red ball format of the game though.

In the Test series against Australia, Virat Kohli have a huge role to play. However, his struggle against spin bowling has been a major issue of late. He was also dismissed by a spinner in the 2nd ODI vs New Zealand. As such, him going out to play a Ranji Trophy match for Delhi team won’t be a bad idea get his rhythm set for the red ball action.

Meanwhile in his absence, Suryakumar Yadav can slot in at number 3 in the 3rd ODI with Rajat Patidar having the opportunity to make his debut for India at number 4.

Indian cricket team’s prime bowler Jasprit Bumrah is set to miss atleast the first 2 matches of the series for sure as he has not been included in the squad as he continues his rehabilitation process. As such, there will be a utmost responsibility on Mohammed Shami’s shoulder.

He is currently having a good series in the ODI series against New Zealand and won the Player of the Match for his performance in the 2nd ODI. However, it won’t be a bad idea get him to play some Ranji Trophy matches as well. Getting into the rhythm is quite important for him and he can play for the Bengal team in the last round of the Ranji Trophy. Meanwhile Umran Malik and Shardul Thakur can be Team India’s prime pace bowlers for the 3rd ODI supported by Hardik Pandya.

The Hyderabad pace bowler has been the most improved player for the Indian team in the last couple of years. Nowadays, he is considered among the bests in all forms of the game. He line and length has been his strong point in his career. But he still would be benefitted with some red ball action jsut before the big series.

He can play for Hyderabad in the Ranji Trophy while as mentioned above, Hardik Pandya, Shardul Thakur and Umran Malik can be prime pace bowlers in the 3rd ODI for India.

“We bought ticket to only watch him play, we will boycott if he doesn’t play” – Twitter reacts as Ravi Shastri suggests Virat Kohli to skip 3rd ODI vs New Zealand to play Ranji Trophy before Test series against Australia

“The question is who should be dropped for him” – Twitter reacts after Sunil Gavaskar lashes out on selectors urging for his selection, adding “they should go to fashion show and select some models if they are looking for slim guys”

“The young boy invading the pitch to hug Rohit Sharma is the best moment of the match” – Twitter reacts as Team India humiliates New Zealand to win 2nd ODI and seal the series with a match to go
“Back to praising Indian cricket again, he really wants that IPL job” – Twitter reacts as Ramiz Raja praises Shubman Gill and compares him to Rohit Sharma
To Top