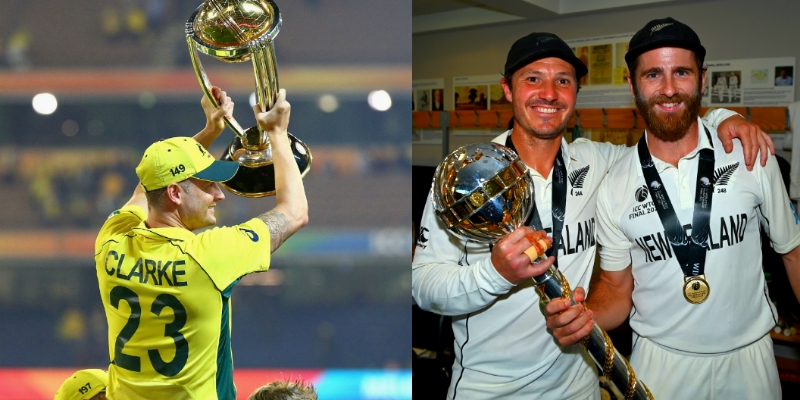 The International Cricket Council (ICC) events holds a great reputation whenever it comes around, and thus, all of the players who plays the beautiful game of cricket intends to win a major ICC event in his career.

It is always a dream for any cricketer to play in the ICC World Cup for his country and help them win the Trophy. Cricketers too decides their career keeping in mind the World Cup that is coming, and so does the boards. The end of one World Cup till the other World Cup is the timeframe to which a team plans to build its squad for that tournament.

Thus why, today in this article, we take a look at 4 cricketers who won an ICC Trophy in their last career game of that format.

Australian cricket team’s one of the most successful and legendary skipper Michael Clarke is the first name in our list. The veteran Australian won the ICC Cricket World Cup 2015 that was played in Australia itself. However, even though Clarke could have played a couple more years, he announced retirement from ODI cricket after the World Cup final.

Another Aussie in the list the great pace bowler Glenn McGrath. The Aussie pacer was considered among the top pace bowlers in the world. He was part of the Australian team that won the 2007 ODI World Cup and was a key member of the team as well winning the Player of the Tournament award. But, he announced his decision to retire from ODI cricket after the final match.

New Zealand cricket team’s wicketkeeper batsman BJ Watling was a huge member of the New Zealand team setup. But the Kiwi wicketkeeper decided to hang his boots after New Zealand won the inaugural Paper Test Championship beating India in the final to give a fitting farewell to him as he retired from Test cricket after that.

Pakistan cricket team’s legendary bowler Imran Khan is the last but not the least name in our list. Imran Khan decided to hang up his boots after a successful career. And what a way to do so for the Pakistan legend by winning the Cricket World Cup in 1992 and also to add more to it, he was the captain of the Men in Green in that tournament.