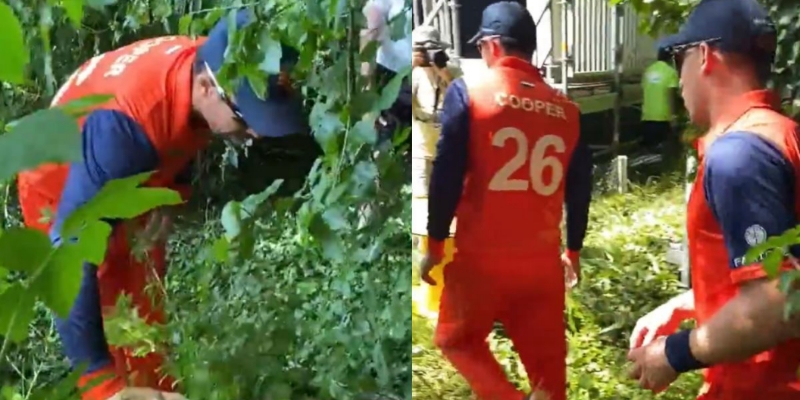 Over the decades, international cricket has seen many changes and innovations. Changes were observed in the technique of the players, so the rules of the game were also changed, some were kept old, some were mixed and many rules were reviewed.

From the beginning till now, many new rules have been introduced in international cricket according to the need and some minor changes were made in some rules. People also complain about many rules that the said rule should be removed or some changes should be made.

At present, apart from T20 cricket, Test and ODI have their own distinct popularity. Every format has an audience and there are different types of people who like it. Apart from interpreting the rules for each format, the ICC has also reviewed and made necessary changes and the process will continue in the future.

In this article, we take a look at 3 unique cricketing rules that you may be unaware of.

What happens when a cricket ball is lost?

If a ball is lost as a result of a batsman’s shot, the fielding team appeals for the loss of the ball and the ball is declared a dead-ball. During this, the runs scored by running or from the boundary are still added to the account of the batsman. If this is not the case, the runs can also be added in extras. The game begins by bringing the second ball the same number of overs old as the lost ball.

The batsman cannot be given out by the umpire unless the fielding team appeals. This is done according to the 27th law of cricket. If the batsman goes back, the umpire can stop him and say that you are not out. The fielding team can appeal even if the bowler goes up to the run-up.

It was first used by Vinoo Mankad. Vinoo Mankad dismissed Bill Brown of Australia in 1947. In this, the batsman standing at the bowling end comes out of the crease, then the bowler can appeal by hitting the ball on the wicket. Ethically, a warning can be given for the first time but there is no provision of warning in the rules, so the bowler can dismiss the batter without warning.

Jos Buttler has been out like this twice in recent times. He was dismissed for the first time in 2014 by Senanayake in a match against Sri Lanka, the 2nd time was against Ravichandran Ashwin in the 2019 IPL. However, in a recent rule change, any Mankading incident will now be counted as a run out and the bowler will be of no fault.