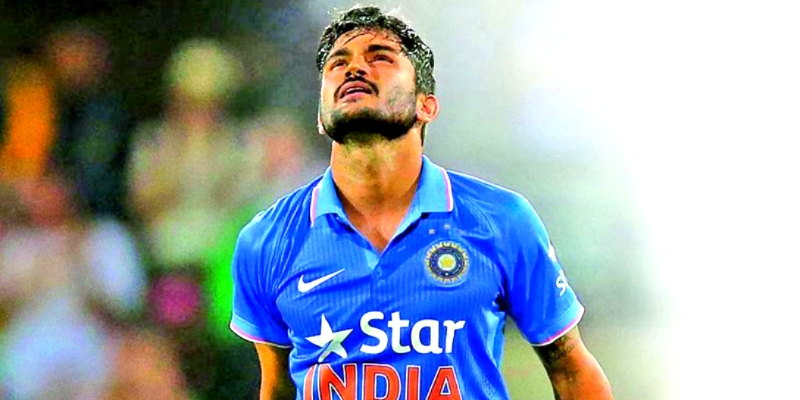 Along with talent, consistency is also very important in cricket. Some players impress a lot at the domestic level due to their talent, but due to lack of consistency in their game as soon as they come to the international level, they disappear soon.

Similarly, there are some players who get immense popularity in domestic cricket due to their brilliant game and excellent performance and enter international cricket with high hopes but they disappear even after a good start due to inconsistency.

In this article today we will talk about 3 such Indian players who started their career with high hopes but were shown the way out of the team within a few years.

Kedar Jadhav, who made his international debut against Sri Lanka in 2014, had high hopes from the Indian team management and cricket fans. Jadhav, who was a big influence in domestic cricket, had a good start in international cricket but was soon replaced by other players and he was dropped from the team in 2020 due to inability to sustain the game.

Jadhav scored 1389 runs in 73 ODIs with the help of two centuries and six half-centuries. At the same time, in T20 Internationals, he played only 9 matches where he scored 122 runs at an average of 20.33.

Prithvi Shaw, who played Test for India at the age of 18, had already become a big name in domestic cricket. Prithvi was considered to be the future of Indian cricket and he also started it with a bang by scoring a century in his first Test match.

However, so far Prithvi has appeared in only 5 Tests, 6 ODIs and only one T20I match. He was part of the Indian team for the last time in 2021. Although he is still young and on the basis of good performance, he can claim a place in the Indian team soon enough.