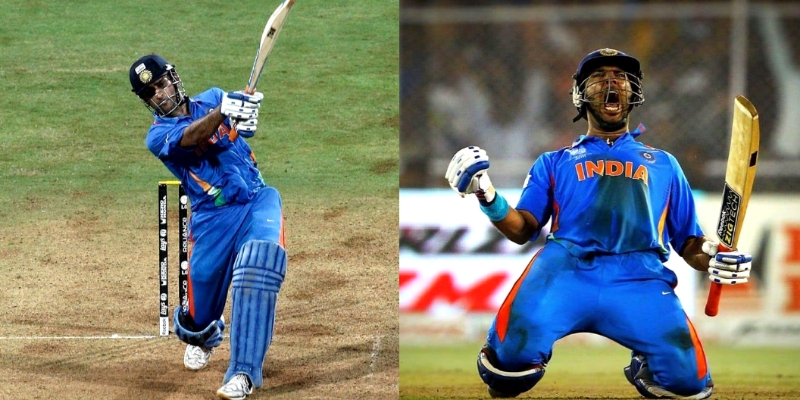 Batting high up the order against the new ball in the swinging conditions of Test cricket is perhaps one of cricket’s toughest challenges. However, the exact opposite is seen in white ball cricket where batting in the end overs is considered the most difficult.

To play the role of a ‘finisher’, the player should have excellent abilities so that he can change his game according to the circumstances and demands. There are very few players who have the ability to finish the innings. But, there have been many great players in the history of Indian cricket who played the role of ‘finisher’ in the team.

When we are talking about finisher, MS Dhoni’s name come first to our mind. But if we keep him aside and think who are next best finishers the country have saw. Today in this article, we take a look at 3 of the best finishers in Indian cricket’s history excluding MS Dhoni.

For India, when it comes to white-ball finishers and Yuvraj Singh’s name is not there, it cannot happen. Yuvraj, who played international cricket for India in the middle-order from 2000 to 2019, played the role of a finisher for India several times.

Overall, if we talk about middle-order batsmen in successful run chase in ODI cricket, Yuvraj Singh has scored the most runs for India. In 90 innings, Yuvraj has scored 2580 runs at an average of 52.65 including a century and 21 half-centuries.

If we are talking about India’s best finishers in white ball cricket and we do not add Suresh Raina’s name to this list, then it will be surprising, won’t it? In successful run chase, Raina has scored 1532 runs in 47 innings at an average of 69.63 with nine fifties and two centuries.

During this, he also played an innings of 110 runs in 104 balls against Zimbabwe in the 2015 World Cup, due to which India won the match when the upper-order batter absolutely failed to justify their position.

Ajay Jadeja, who played international cricket for India from 1992 to 2000, has played many important innings for India at the end and won the match for the team. Although most of the innings played by Ajay Jadeja during this period have been forgotten by the people, but one innings that a person can never forget is when Jadeja scored 45 runs in just 25 balls and helped India win the match against Pakistan in the 1996 quarter-finals at the Chinnaswamy.