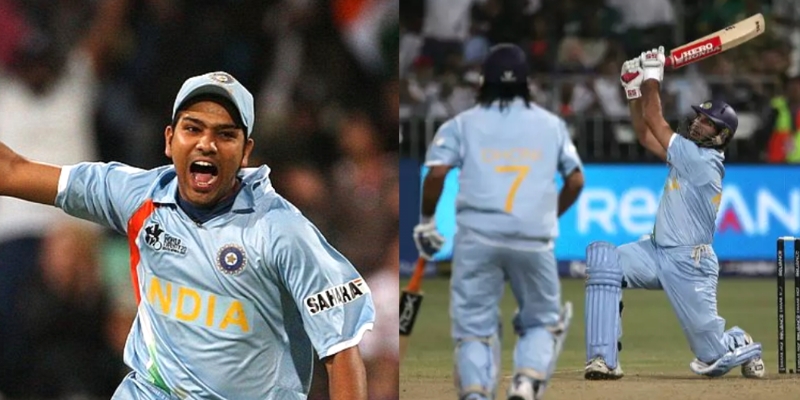 Historical and memorable debuts have been a part of the cricket world one by one. There have been many debutants in all the three formats of international cricket, who showed their flair in their very first match and left their mark in the debut match itself. Indian cricket has also seen many great debuts and many players showed a great game in their first match.

Many players made their first match memorable by their own performance, but today we are going to talk about those 3 instances when one player’s debut turned historic for another player.

Virender Sehwag scored the second double century in ODI history in 2011 at the Holkar Stadium in Indore. In this match, he played an innings of 219 runs in 149 balls. In the historic match, leg-spinner Rahul Sharma made his debut for India. With this, Sehwag’s double century also made Rahul Sharma’s debut historic. Rahul Sharma also performed well, taking 3 wickets on the debut match.

Rohit Sharma has three double centuries in ODIs. During this, a historic innings of 264 runs was done at the Eden Gardens in Kolkata in the year 2014. In this match, Rohit Sharma scored 264 runs in 173 balls against Sri Lanka, scoring his second double century in ODI cricket. Meanwhile, leg spinner Karn Sharma also made his debut for India in that match. However, he could not achieve any success in the match. Karn have away 64 runs bowling 9 overs but Rohit’s double century made his debut match historic.

Those 6 sixes of Yuvraj Singh… who can forget! India’s sixer king Yuvraj Singh created history by hitting 6 sixes in 6 balls of an over off Stuart Broad in 2007. Yuvraj Singh achieved this feat against England in the 2007 T20 World Cup, becoming the first batsman to do so in T20 International cricket. In the match, today’s one of the most influential and the current Indian team captain Rohit Sharma made his T20 International debut.

Rohit Sharma’s debut became very special because of Yuvraj Singh’s 6 sixes. In this match, Yuvraj played an innings of 58 runs in 16 balls, but Rohit Sharma did not get a chance to bat, yet these sixes of Yuvraj made his debut match historic.