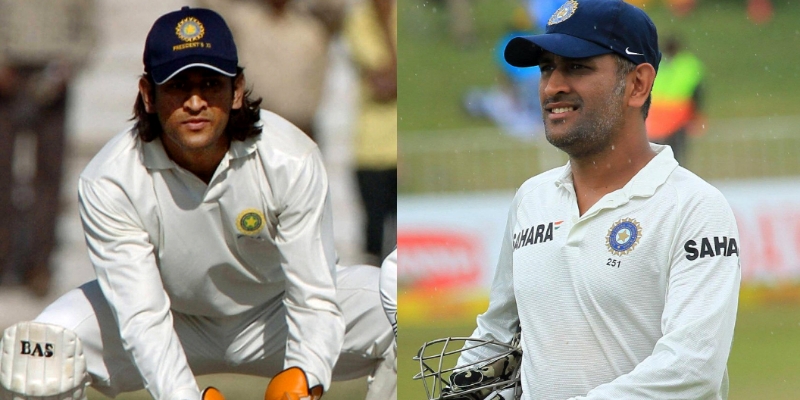 The word ‘Cricket’ is not limited to just a sport in our country, but a passion and a sentiment. This is a dream that millions of Indians live every day and it is an important part of life for some and no less than life for some. The passion for cricket among people of all ages and classes is no less than a craze, after the rapid pace with which cricket is setting new dimensions of popularity every day through its new formats.

Every child today grows up and dreams of becoming a cricketer. But this path of dreams is not so easy either. It is the dream of every person who steps into the world of cricket to play for Team India and to make this dream come true, and playing for Ranji team in the world of domestic cricket can prove to be a milestone in the career of any player.

Mohammad Azharuddin, who received the title of Best Indian Cricketer in 1985, is known for his use of the wrists while batting. In 99 Test matches of his career, he scored 22 centuries at an average of 45.03, but his record in Ranji does not match anywhere. Mohammad Azharuddin is one of those players whose team has not won Ranji till date.

Azharuddin made his Ranji debut for Hyderabad in 1981. In the third year of playing Ranji, he was selected for the National team and continued to play in the Ranji till the year 2000, but still could not lead his team to Ranji win. At the same time, in the year 2000, Mohammad Azharuddin’s cricket career came to an end after he was caught in the allegations of match-fixing.

VVS Laxman, who started his Test career in 1996, is fondly known as Very-Very Special Laxman, who was one of the finest batsmen of Test cricket. Laxman is remembered for his super timing in the game, as well as glimpses of his idol Mohammad Azharuddin in his game, but like his idol, his Ranji career was not special for Laxman.

Laxman, who made his debut for Hyderabad in 1993, played Ranji till 2012. Talking about individual performance, Laxman was very good in the competition as he scored more than 5000 runs, including three double centuries. But despite this, VVS Laxman could not win the Ranji Trophy.

Yuvraj Singh’s stellar performance in the World Cup is a milestone in his career. Be it the 2007 T20 World Cup or the 2011 ODI World Cup, it was Yuvi’s brilliance that helped the team to glory. Yuvraj is especially known for his smoky batting, could not win the Ranji Trophy despite scoring more than 11000 runs and 100 wickets.

Captain-cool MS Dhoni is considered one of the most successful captains in the world. Under his captaincy, Team India won the 2007 T20 World Cup and the 2011 ODI World Cup. Dhoni is also known as one of the greatest finisher of the game.