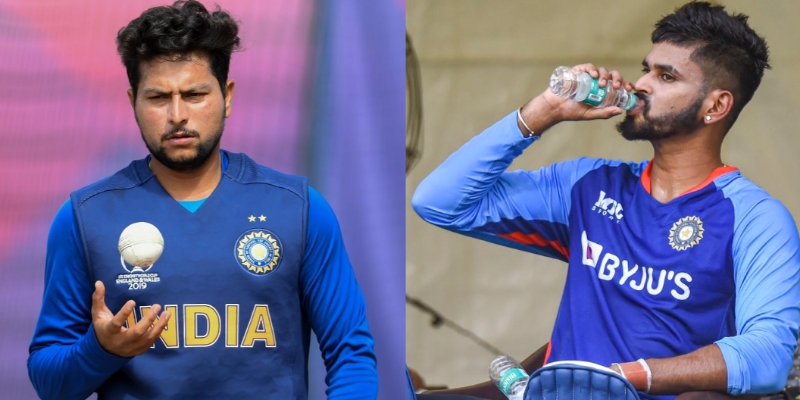 India’s tour of West Indies has been full of adventure so far. West Indies gave a tough fight in the ODI series but could not stop India of a clean sweep of 3-0. India have also taken a 2-1 lead in the five-match T20I series and on Saturday, the team will look to win the series.

This series has worked to test the potential of the Indian team. Before the upcoming Asia Cup and T20 World Cup, India is trying different combinations. The remaining 2 matches are going to be very important for India, where it will be a challenge to not only win this series for India but also test the bench strength.

Team India has definitely maintained the lead in the series but after the first three matches, some players did not perform as expected. As such, today in this article, we take a look at 3 changes that Team India could make for the 4th T20I.

In the one-day series where Shreyas did an amazing job and shut the critics down with his bat. At the same time, his poor form in T20Is continues from the tour of England. Shreyas Iyer has scored 34 runs in all three matches against West Indies at an average of 11.33.

On the other hand, Sanju Samson is in terrific form and is looking for opportunities. Sanju has scored 134 runs in three T20I innings this year at an average of over 44. During this, his strike rate has been 169.62. In such a situation, Samson could be tried in place of Iyer.

The Indian team gave Ravichandran Ashwin a chance in the first three matches against the West Indies. In these matches, Ashwin was mostly seen trying to save the runs instead of bowling aggressively.

Ashwin is very experienced and everyone is aware of his abilities. So there is no need to test them. Instead, India can give a chance to Kuldeep Yadav sitting on the bench, who bowled brilliantly this IPL season.

Avesh Khan’s performance against West Indies has been quite disappointing so far. He achieved only one success in 2 bouts and proved to be very expensive too. In such a situation, Harshal Patel should be given a chance by showing Avesh Khan the way out.

Harshal did not play the first three matches due to injury. The BCCI had said that he was not available till the third match. In such a situation, if he is fit then he should be fed in place of Avesh Khan.