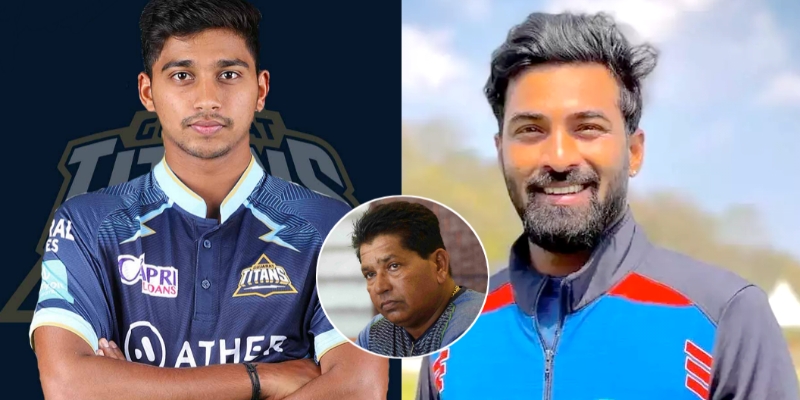 Chandrakant Pandit is a very well name in the Indian domestic and has guided several teams to domestic glory in the last couple of years. Pandit is one of the best Indian cricket coaches available there in the country.

Most recently, Pandit led the Madhya Pradesh side to the Ranji Trophy win in 2021-2022 season and has also won Trophies with Mumbai and Vidarbha other than Madhya Pradesh.

As for the Kolkata Knight Riders (KKR), their Brendon McCullum was most recently appointed as the England Test team’s Head Coach after the IPL 2022 and as such, the Kolkata based team needed a new coach and he opted to go for Chandrakant Pandit instead of any overseas coaches.

Today in this article, we take a look at 3 players coached by Chandrakant Pandit whom he would like to sign for the Kolkata Knight Riders (KKR) in the IPL.

The first player in our list is always contracted with the IPL 2022 Gujarat Titans, that is Darshan Nalkande. Nalkande is a very experienced player who is only just 23-years-old and has a bright future ahead for him. Nalkande played in 2 matches for the Gujarat team took 2 wickets. While he may not be available in the Auction, if Pandit can explain him, KKR can still get him in as a trade deal. Nalkande has so far played 24 T20 matches in his career and has taken 45 wickets.

Yash Dubey is a young middle-order batsman who can really solve Kolkata Knight Riders’ middle over woes. In IPL 2022 season, the KKR team’s middle-order was not so good and because of the same reason that they lost the IPL 2021 final to Chennai Super Kings as they failed to capitalise the start their opener Shubman Gill and Venkatesh Iyer had gave to them. Dubey has so far played 14 T20I matches and scored 428 runs.

The third player whom the KKR team must look to get in is the experienced Vidarbha bowler Akshay Karnewar. Karnewar is a kind of player who can bowl with both hands and that’s a real big advantage for him. Karnewar has a good track record in the domestic cricket as he has 46 wickets to his name in 47 T20 matches. He also took a hat-trick in the 2021 Syed Mushtaq Ali Trophy.

Explained: What is BCCI’s new innovation the ‘Impact Player’ substitution rule to be introduced in IPL
4 instances when a IPL team captain relinquished captaincy during mid-season
To Top