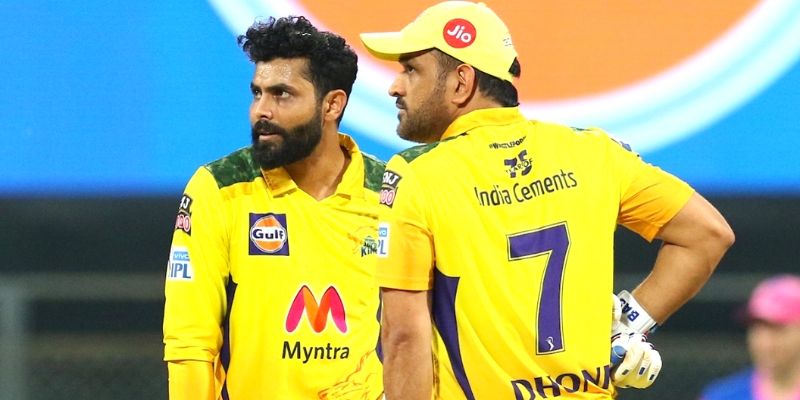 The captain of a team also plays an important role in the game of cricket. Along with making timely bowling changes and fielding changes according to the bowling, one has to take stock of the situation of the match. There is more pressure on the captain in tournaments like IPL, where he has to strike a chord between domestic and foreign players.

There have been many such captains in the IPL, who won the IPL title under their captaincy. However, there were many captains who did not perform well and they had to give up the captaincy during the mid-season itself. Note that there have been more instances when a captain relinquished captaincy mid-season but we have included only 4 of them.

Delhi Capitals made a lot of changes in their team in IPL 2018 and made some important decisions. Delhi’s domestic player Gautam Gambhir was brought in and was made the captain of the team and gave him the responsibility of leading the team. Gambhir scored a half-century in the first match but after that he could add only 30 runs in the next five matches. Delhi lost 5 out of the first 6 matches.

Before the 2014 season, Sunrisers Hyderabad had decided to retain only Shikhar Dhawan and Dale Steyn. The franchise bought quality players like David Warner, Aaron Finch, KL Rahul and Bhuvneshwar Kumar in the auction. Dhawan was appointed the captain of the team. They had a strong squad and were expected to do well that season.

Under the pressure of captaincy, Dhawan’s performance with the bat was not special and the team had to bear the brunt of it. Seeing his poor performance, Dhawan handed over the captaincy responsibility to Darren Sammy in the middle of the season. However, the team could not perform well and was eliminated from the league stage.

Dinesh Karthik stepped down for Eoin Morgan as KKR captain

Dinesh Karthik was made the captain of the Kolkata Knight Riders (KKR) franchise from the beginning of the IPL 2018 season to replace the outgoing and KKR’s most successful captain Gautam Gambhir. However, Karthik had a mix bag of results over the next couple of years.

And finally when KKR signed Eoin Morgan for the IPL 2020 season, pressure mounted on Karthik and he succumbed to that pressure as despite the team doing decent, his own performance was not so good and as a result he decided to hand over the captaincy to Eoin Morgan mid season in IPL 2020. The next season, Morgan led the team to the final however couldn’t win it and his own performance was not so good.

Ravindra Jadeja handed back the captaincy to MS Dhoni

The 4th and the most recent one to happen was when Ravindra Jadeja handed over the Chennai Super Kings (CSK) captaincy to MS Dhoni mid-season in the IPL 2022. With Dhoni deciding his future being not long, he decided to groom a new captain to take over reins from this season onwards and picked Ravindra Jadeja himself to captain the team.

However, CSK were dealt with a huge performance downstep as the yellow struggled for most of Jadeja’s reign as the captain of the team. With team at the 2nd bottom and his own performance not being nowhere near, Jadeja decided to hand the team’s captaincy back to MS Dhoni and was then ruled out of the IPL due to injury.