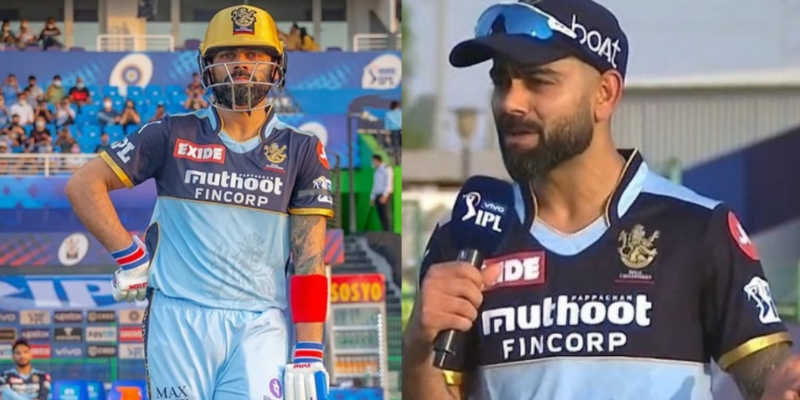 The Indian Premier League (IPL) today is the most entertaining, cash-rich, exciting and the most successful T20 cricket league in the world. The competition was first played in 2008 and was a major success rightaway. The competition initially had 8 teams but is now being competed by 10 teams.

The cities that are represented in the tournament are, Chennai, Mumbai, Kolkata, Rajasthan, Hyderabad, Punjab, Delhi, Bangalore, Gujarat and Lucknow. Each of the teams have a unique jersey of their own, which is also their identity to the world.

But, there has been occasions in the IPL history that some teams had moved away from their traditional colours and swapped to a different, but only for a single opportunity. Today in this article, we take a look at 3 alternate jerseys that IPL franchises used but many might not remember.

Swapping the 'Royal Blue' with 'Pink' tonight for a #Royal cause!!!

Royal Challengers Bangalore (RCB) is known for wearing a special green jersey every season for their cause for their Go Green campaign. But, in this article, we are going to mention about a different one. During their IPL 2021 campaign, the Challengers wore a special Blue jersey to support the COVID warriors. However, they suffered a big defeat in that match against KKR.

Delhi Daredevils (now known as the Delhi Capitals) fielded a beautiful looking jersey in their IPL 2015 campaign. It was their great gesture for the Cancer Survivor Day. They played against the Kings XI Punjab (now Punjab Kings) wearing that kit and recorded a win by 9 wickets. However, another major interesting fact is that all-rounder Yuvraj Singh, a cancer survivor in himself, was playing for the side as well.

3 most successful opening pair in IPL history
To Top