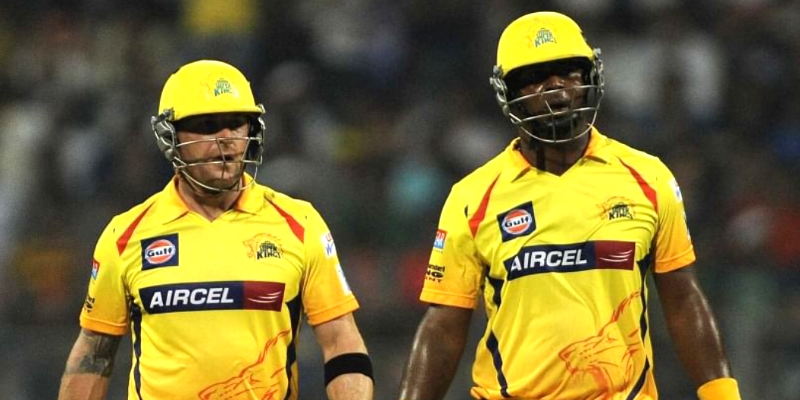 Since its first edition in 2008, IPL has proved to be the biggest T20 league in the world in every respect. In this tournament, the best players from all over the world ply their trade.

In IPL, openers play an important role in deciding the fate of a team. We all have seen teams try different kinds of opening pairs in the tournament. Some teams prefer a right-handed and left-handed combination, while some send explosive batsmen of the same style to the open the inning.

We have also got to see non-traditional openers like Sunil Narine in IPL. The importance of two good openers can never be underestimated in the tournament of quick cricket. Today in this article, we take a look at 3 most successful opening pair in IPL history.

Delhi Capitals (formerly known as Delhi Daredevils) had one of the most solid batting line-ups in the league’s opening season. The team was filled with foreign stars like AB de Villiers, Shoaib Malik, Tillakaratne Dilshan. But the biggest X factor of the team was the opening pair of Virender Sehwag and Gautam Gambhir.

The pair troubled the opposition bowlers with their brilliant batting and forged many great partnerships. While Sehwag used to keep the ball across the boundary on one side, Gambhir used to play the role of an anchor while handling the other end.

Together they put on 732 runs as a pair in the first three editions of the IPL, which included four half-centuries and one century partnership.

The opening combination has always been the main strength of Sunrisers Hyderabad (SRH). Openers like Shikhar Dhawan, Martin Guptill, David Warner and Jonny Bairstow have been a part of the team. Of all these, the pair of Dhawan and Warner remained together for the longest time and was very successful.

The pair will be remembered by fans for their great partnerships. The pair have made a total of four century partnerships (137,139,116 and 130 runs) in their long run and were very important in SRH winning the IPL 2016.

The pair of Brendon McCullum and Dwayne Smith is one of the best opening combinations in IPL history. Both players opened the innings for two different franchises in the league. The duo first played together for Chennai Super Kings in IPL 2014 and 2015, while they played for the Gujarat Lions in 2016 and 2017. The pair were known for slaughtering bowlers in the powerplay. The pair had many half-century and century partnerships and are very successful.