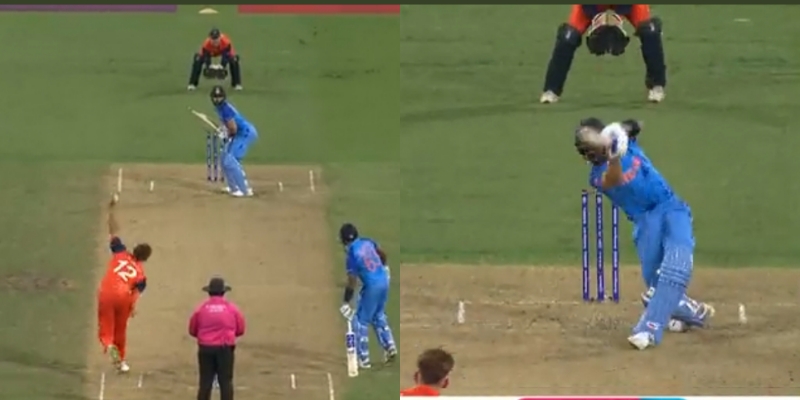 The India vs Netherlands match is still currently ongoing in at the Sydney Cricket Ground (SCG) where Team India have scored 179 runs for the loss of 2 wickets.

Batting first, Team India lost KL Rahul’s wicket early on in the game. But then, Rohit Sharma scored a fifty before he was dismissed for 53 runs.

But then, Virat Kohli carried on his form from the previous match against Pakistan and went on to score another half-century as he scored 62 runs. Other than, he played some exciting shots in a very slowish pitch.

One of those shot was when he hit Netherlands bowler Klaassen for a brilliant six of a cover drive. It was a slow ball, Kohli displayed his outrageous skill on that. Watch the video below.

Watch: Indian fans sing ‘Chak de India’ all together after India’s victory over Pakistan in the T20 World Cup 2022
To Top