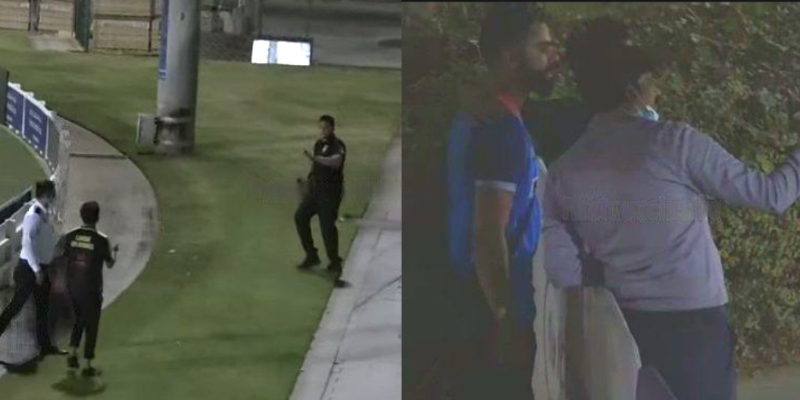 The former Indian captain Virat Kohli is already consider a legend of the game and has a pretty huge fan following. Virat Kohli is India’s one of the best cricketer ever, ranking him alongside the likes of Sunil Gavaskar, Sachin Tendulkar, Sourav Ganguly or Rahul Dravid, VVS Laxman or Mohammad Azharuddin to name a few.

Ever since making his debut, Virat has displayed flare in his game. And over the years, Kohli has went on to become the one of the best. He has garnered a huge amount of fans who follows him closely.

But does Kohli have a massive fanbase because he is one of the bests of the current generation or because of his numbers/stats with the bat while playing for India. Virat is not only popular among the fans just because he is a successful cricketer, but because also the humbleness that he has for his fans. And a true example of it was seen most recently.

Virat Kohli has reached UAE with the Indian cricket team for the upcoming Asia Cup 2022 event that is to be played. But, prior to that, the Indian team had their first net session at the ICC Academy ground in Dubai.

An incident happened after the session that a Virat Kohli fan from Pakistan was waiting outside to take a selfie with him. However, he was sidelined from the spot by the security. Thus, Virat Kohli had no clue about the fan and walked past. But then, the fan screamed asking Virat for selfie.

The former Indian skipper responded to that and returned back to the fan and full-filled his wish. Later, that fan, named Mohammad Jibran, told to PAKtv that he is not a fan of anybody else but Virat Kohli.

“I am not a fan of anyone but Virat Kohli, for whom I have come from Pakistan hoping to get a picture clicked with him,” Jibran said to PAKtv.

He further went on to add that he is fan of almost all the Indian players. He continued that he never had a selfie with any Pakistan player. He is also aware of Virat Kohli being out of form for some times now and wants him to be back to his best soon, even be it against Pakistan in the opening match of the Asia Cup 2022 on 28th of August.

Watch: Virat Kohli and Babar Azam greets each other during practice session before duel in desert in Asia Cup 2022
“Get married” – Watch: Rohit Sharma urges Babar Azam to get married during a funny conversation before Asia Cup 2022 opening clash
To Top