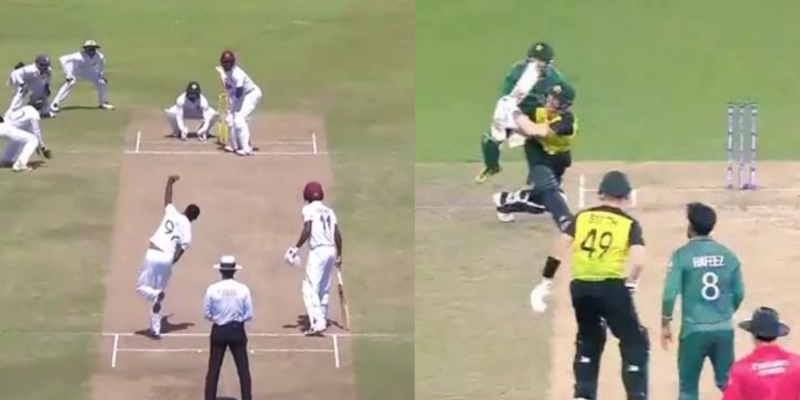 The 2nd Test match of the ICC World Test Championship series between the Sri Lankan cricket team and the West Indies cricket team is currently underway. Sri Lanka won the first match of the series, but they are currently trailing by three runs in the ongoing Test match. The Sri Lankan team batted first and scored 204 runs in the first innings. In reply, West Indies scored 253 runs, with Shai Hope scoring 22 runs.

Sri Lanka won the toss and decided to bat first. A half-century from Pathum Nissanka helped the islanders post a 204-run total on the board. Veerasammy Permaul took a five-wicket haul for the West Indies team, while Jomel Warrican took four wickets for the visitors.

Like David Warner, Shai Hope played a brilliant shot off the double bouncer

Not long ago, Australian batter David Warner played a phenomenal shot off a double bouncer bowled by Pakistan’s off-spinner Mohammad Hafeez in the semifinal match of the ICC T20 World Cup 2021. In a similar fashion, Shai Hope decided to attack the double bouncer bowled by Lasith Embuldeniya in the ongoing ICC World Test Championship match between the Sri Lankan cricket team and the West Indies cricket team.

It was during the 64th over of the West Indies innings that a ball slipped from the hands of Lasith and reached to Shai Hope after bouncing twice. The batter hit it hard but got only one run. It was called a no-ball and the batting team earned a total of two runs.