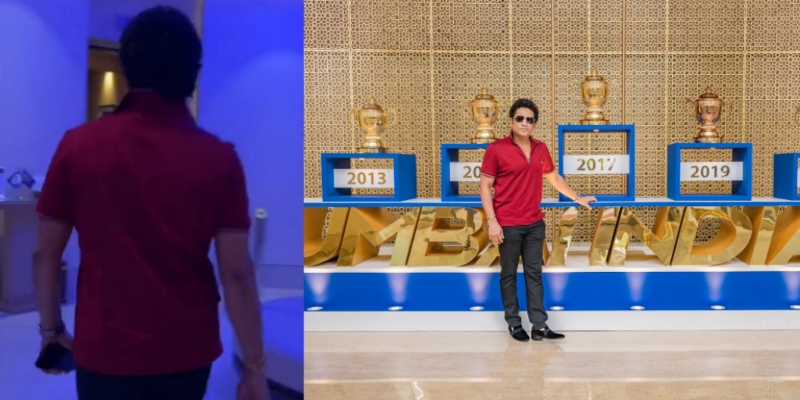 Former Indian cricketer and former Mumbai Indians players and now a mentor, Sachin Tendulkar has joined the team ahead of the 15th season of the Indian Premier League (IPL). The franchise has informed the fans of the so by sharing a video on their social media accounts on Thursday.

The Indian Premier League (IPL) 2022 is starting from the 26 March with Chennai Super Kings taking on Kolkata Knight Riders on the opening day. While on the next day, Mumbai Indians will play their first match against Delhi Capitals on the 27th March.

And ahead of the opening encounter, former Mumbai Indians player and mentor Sachin Tendulkar has joined the team. Mumbai Indians, who have won the IPL title five times, shared the video on their official Twitter account, writing, “Aala re.” It can be seen in the video that Sachin Tendulkar, who is also known as the God of Cricket, is taking entry in the lobby of the team hotel.

It is known that the 48-year-old Master Blaster has been associated with Mumbai Indians since the inception of IPL. Sachin played IPL for Mumbai from the year 2008 to 2013 and after that he joined Mumbai based franchise as a mentor and is still a part of the team.

The former right-handed batsman has scored 2334 runs in 78 IPL matches at an average of 34.82, including a century. Mumbai Indians won their first IPL title in the year 2013 under the captaincy of Rohit Sharma and Sachin Tendulkar was also part of that squad.

As for Mumbai Indians’ performance in the Indian Premier League 2021, the team could not qualify for the playoffs as their run rate was less than Kolkata Knight Riders’. Mumbai Indians, led by Rohit Sharma, won 7 out of 14 matches last season and lost the remaining 7 matches.