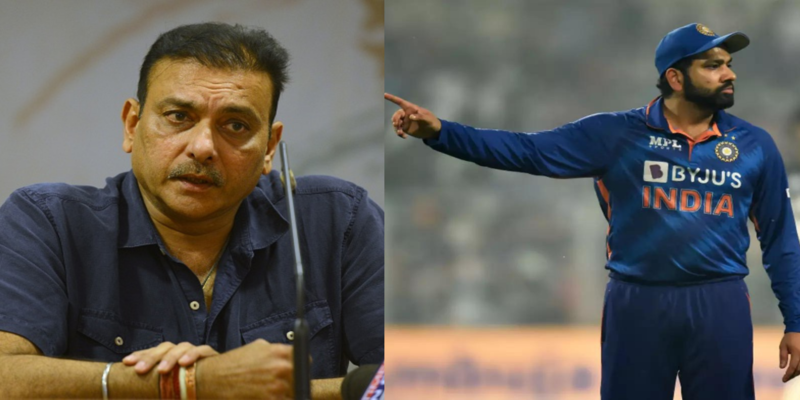 The Indian Premier League is one of the biggest platforms for players across the world to showcase their talent. And when it comes to Indian cricket, it has given many talented youngsters who have performed on international stages as well. The current Indian skipper, Rohit Sharma, showed his leadership skills for his franchise first. That earned him the chance to lead India across formats. And that’s what former Indian head coach Ravi Shastri feels.

Shastri has named three potential players who could lead the Indian team in the future. He also said that the upcoming IPL season will play a big role in determining who could be India’s next skipper after Rohit. Notably, Virat Kohli, who stepped down from the Test captaincy after the series loss against South Africa. He was also sacked from his ODI captaincy before that tour. Earlier, he himself decided to leave the T20I captaincy after the last T20I World Cup in the UAE. And Rohit was named the all-format captain for the team.

Ravi Shastri has said that Shreyas Iyer, Rishabh Pant, and KL Rahul are the players to watch out for. The former head coach also pointed out that the upcoming season of the IPL will be the best time to determine who could be the best leader. Notably, all three players will lead their respective franchises in the IPL. KL Rahul has been appointed the captain of the new franchise, Lucknow Super Giants. Shreyas Iyer, who was roped in by KKR, will lead them in the IPL. And Rishabh Pant has replaced Iyer as the skipper of DC last season.

Shastri stated that the BCCI would look all these three players, how they will perform in the IPL 2022. In an interaction during the press conference of Star Sports, he said that India needs a solid candidate for the role and that IPL 2022 is a great opportunity. He further concluded, “India will be looking at who will be captaining the team (in future) — there is Shreyas Iyer, Rishabh Pant, KL Rahul.”

The 15th edition of the cash-rich league will kick off on Saturday, March 26. Defending champions CSK will start their 2022 campaign against the KKR at Wankhede Stadium in Mumbai.

“Both quality people”, David Hussey confirms that KKR will miss two key players for the first five games of IPL 2022
Watch: Sachin Tendulkar links-up with Mumbai Indians ahead of IPL 2022
To Top