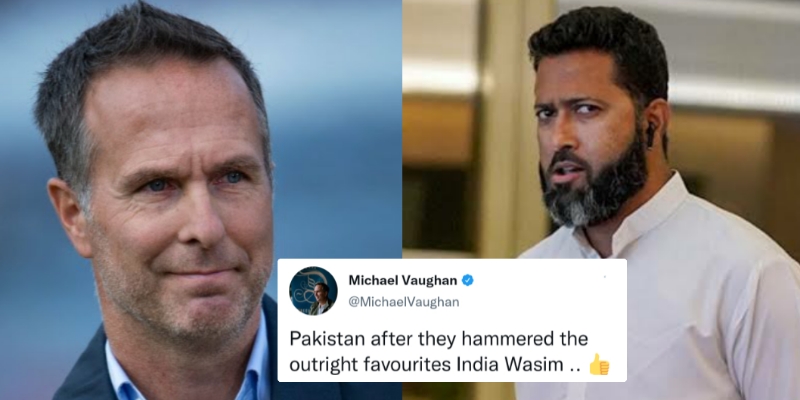 Wasim Jaffer and Michael Vaughan are two former cricketers who often engage in banter on social media. They were involved in another hilarious exchange recently. In this article, we take a look at the tweet in which Wasim Jaffer replies hilariously to Michael Vaughan’s latest tweet.

Pakistan have started T20 WC on a great note

Pakistan is the one team that has impressed the most in the T20 World Cup so far. Despite facing heavyweights such as India and New Zealand in the first two games, Pakistan managed to do well. While they won convincingly against India, in the New Zealand encounter, they pulled off a win at the end.

Before the World Cup started, on everyone’s minds, it was India and England that was on the list of favourites. While England has done justice to the tag, India was disappointing in the first encounter. Hence, a few have had to change their opinion in the last few days.

Michael Vaughan, in a recent tweet, mentioned that Pakistan is now his favourites to lift the trophy. He reasoned out that their hammering of Team India, who were the outright favourites, has made him arrive at this decision.

Wasim Jaffer reacted hilariously to this tweet. Meanwhile, unless there is an upset, Pakistan has almost made their way to the semis. India will have to win against New Zealand to have a full chance of entering the next stage.