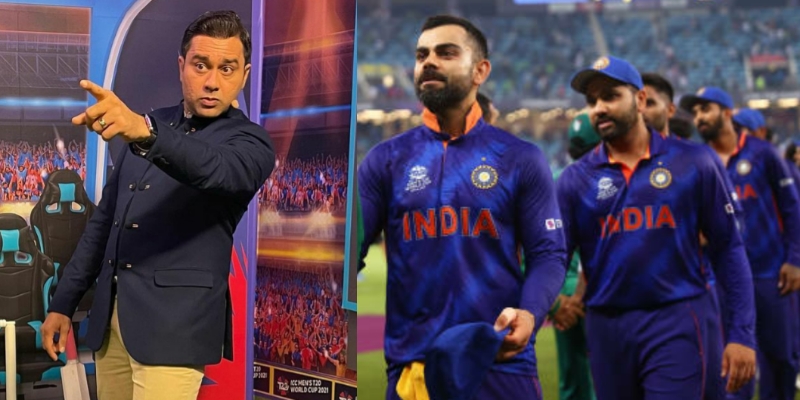 With India’s next T20 World Cup 2021 match coming up against New Zealand on the 31st of October, former cricketer turned commentator Aakash Chopra has suggested that India should make changes to the team.

The Indian team suffered a heartbreaking loss to the Pakistan cricket team in their opening match of the T20 World Cup 2021. The Virat Kohli led side had no chances against the Pakistan side as they registered a comfortable 10 wickets win over India.

The New Zealand match will be a very crucial one for Virat Kohli’s men as it is almost a must win match for Team India. A loss to the Kiwis may mean that India’s journey in the competition will be very tough and must rely on the results of other teams as well.

After the loss to the Pakistan team, many cricket experts as well as many fans of the Indian team has suggested that changes is needed into the team going into the 2nd match against New Zealand.

Aakash Chopra, on his YouTube channel, recently suggested that India needs to make some changes for the New Zealand match.

Chopra opined that Bhuvneshwar Kumar is not the Bhuvneshwar Kumar that we all know while believes that Mohammad Shami, who faced online abuses after defeat to Pakistan, is at some time at his best but at some time, there is a bad in the office. He also question the selection of Ravindra Jadeja.

Aakash Chopra stated that the current five bowler combination is not the best, and if Team India is looking for the sixth option, then Shardul Thakur should be brought in for Hardik Pandya. But since it is not like for like replacement, he would rather play Hardik.

He continued that Ravindra Jadeja is a bowler who can give you 4 overs but is not a wicket-taking option like Yuzvendra Chahal, Rahul Chahar and Rashid Khan.

He also backed IPL franchise Kolkata Knight Riders’ star mystery bowler Varun Chakravarthy. But also questioned whether he is ready to be slot into the team yet.

After suffering a heartbreaking 10 wickets loss in the hands of Pakistan, the Indian cricket team under the leadership of Virat Kohli, will now take on New Zealand in their 2nd match of the tournament on the 31st October at the Dubai International Cricket Stadium in Dubai from 7:30 PM Indian Standard Time.