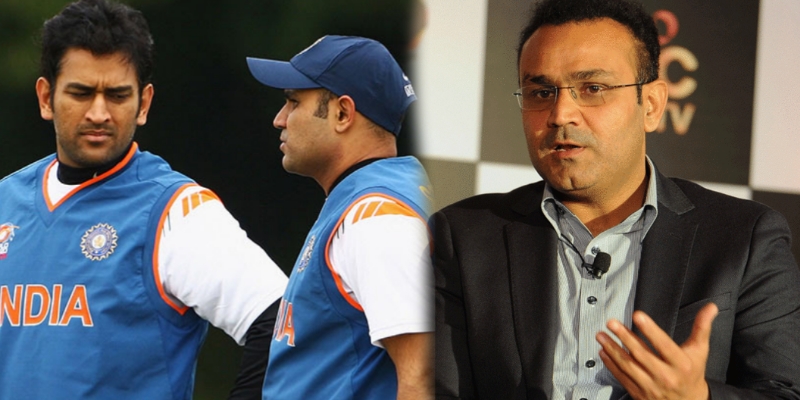 Former India opening batsman Virender Sehwag is considered one of the most successful openers in cricket. The veteran had his own style and was known to play aggressively regardless of the format.

Almost seven years after his retirement, Sehwag has made a big disclosure. He revealed that in 2008, when he was dropped for a series, he had made up his mind to retire from the ODI format. On the 2007-08 tour of Australia, India played Australia for all three formats.

In the Test format, Sehwag had scored 286 runs in four innings of two matches at an average of over 71 but after that he did not bat in the Commonwealth Series. For the reason, Dhoni dropped him from the playing XI after the first few matches.

Recalling that tour on Cricbuzz’s show ‘Match Party’, Virender Sehwag said that when they were in Australia in 2008, question of retirement came on his mind. He said that he could not score lot of runs in the ODI and was eventually dropped from the team, which led to him thinking about retirement.

“In the ODIs, I couldn’t score that much in three-four attempts. So MS Dhoni dropped me from the playing XI then the thought of quitting ODI cricket came to my mind. I thought I will continue playing only Test cricket,” said Sehwag

Virender Sehwag had scored 6, 33, 11 and 14 in the first four matches of the Commonwealth Bank tri-series. For the reason he was barred. Although he was included again after two matches, but this time too he could contribute only 14 runs and was dropped again.

Thus, out of India’s 10 matches in this series, Sehwag got a chance to play in only five, in which he scored 81 runs at an average of 16.20. India defeated Australia 2-0 in the best-of-three final of that series.

Sehwag also revealed that it was Sachin Tendulkar who stopped him from announcing his retirement from the ODI format during the tour of Australia.

After this tour, Sehwag played for India for 7-8 years and ended his career in a grand manner. He even got a chance to be a part of the 2011 World Cup victorious team. The veteran player played 104 Tests, 251 ODIs and 19 T20 Internationals in his career.