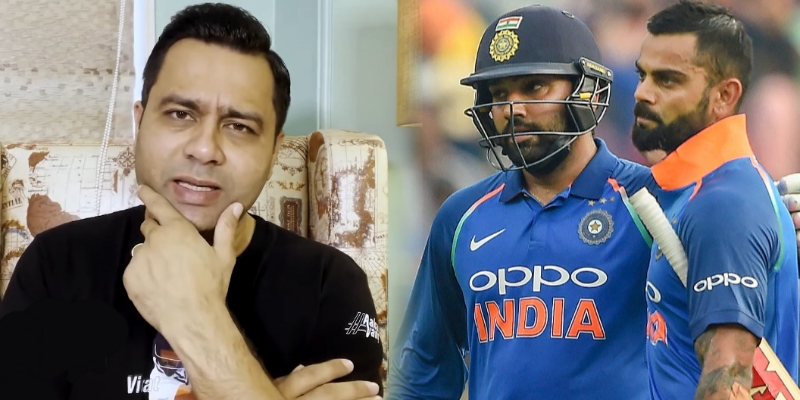 Former India batsman Aakash Chopra has selected his own Indian team for the upcoming T20 World Cup 2022 based on the performance of the players in the recently concluded IPL 2022. And most notably, he has not included some of the big names like Virat Kohli, Rohit Sharma and Jasprit Bumrah in the team, which has surprised fans and many experts.

There is still some time left for the mega event to kick off later this year. However, the former batsman picked his own team and dropped big names like Kohli, Rohit and even Rishabh Pant.

In the recently concluded IPL, Kohli could only manage 341 runs in 16 matches, while Rohit scored 268 runs in 14 matches in IPL 2022. Chopra has kept KL Rahul and Ishan Kishan as the openers for the upcoming tournament, while Rahul Tripathi was picked at No.

Aakash Chopra on his official YouTube channel said, “The first name I would put in my team is KL Rahul. He can bat for 15-17 overs. He scores a lot in T20s. This year also he scored more than 600 runs. I have kept Ishan Kishan with him. If you look at his figures, it has not been a bad season for Ishan Kishan.”

He further said that, “At number three I will keep Rahul Tripathi. He plays very well at this number. I have placed Suryakumar Yadav at number four. He did not play all the matches in IPL 2022 but all the matches he played, he scored runs at a different level.

Chopra then also went on to select IPL 2022 winning captain Hardik Pandya as the captain of his selected Playing XI. He also picked Dinesh Karthik as the wicketkeeper batsman in the team.

The former KKR player then went on to pick Krunal Pandya, justifying his pick by saying that Krunal has been economical bowler and has scored crucial runs for his team Lucknow Super Giants.

He formed the bowling department with the likes of Purple Cap winner Yuzvendra Chahal, Mohammad Shami, Avesh Khan and Arshdeep Singh, deciding to not go with ever-reliant Jasprit Bumrah.